Jose Mourinho says free-scoring Tottenham Hotspur are nowhere near the same dimension as his record-breaking Real Madrid team just yet.

Spurs have plundered 31 goals in their last nine games in all competitions as their attacking players - particularly Harry Kane and Son Heung-min - have begun the season in devastating fashion.

Mourinho managed Madrid to the LaLiga title in 2011/12 in enthralling style as they scored 121 goals and ended with a goal difference of +89 as Cristiano Ronaldo, Gonzalo Higuain and Karim Benzema ran riot.

But in true Mourinho fashion, they were solid at the other end, something Spurs have not yet managed as their defensive frailties were highlighted by letting a 3-0 lead slip in the final 10 minutes against West Ham last week.

Mourinho accepts his side are still trying to find the balance.

"In Real Madrid, I had amazing, amazing attacking players and we managed to build the team in a certain way," he said ahead of Monday night's trip to Burnley.

"I have to be honest and say we have lots of good attacking players here but we need to give stability to the team because the team needs stability in the back to feel solid, confident - to (be able to) have a go. So we need to find that balance.

"Let's say that it is a team thing, it's not just about individuals. We need to be able to play with all these attacking players and have the team with everybody ready to be organised defensively and not to give space to the opponent.

"And behind, we need to improve in some details - that's obvious. 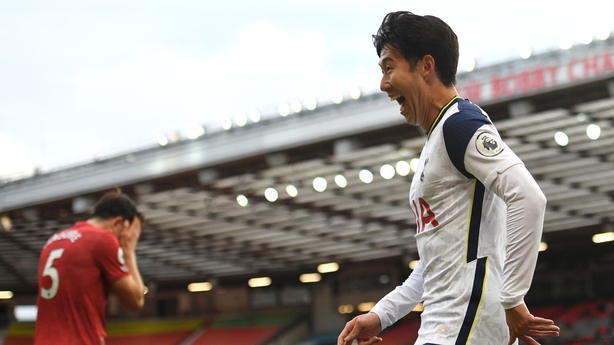 On criticism labelled towards him for the pragmatic style of play Mourinho adopted at Manchester United and in his first season at Spurs, the Portuguese added: "Depends on the team. They cannot say that about my Real Madrid team that scored 121 goals in the league.

"If they say that about the way to finish second with Manchester United or last season to try to get a way to finish top six and to be in the Europa League, I think they are right."

Tottenham made three additions to their back line during the summer transfer window, with full-backs Matt Doherty and Sergio Reguilon being joined by Swansea centre-half Joe Rodon.

Mourinho says it will take all three players time to adapt.

"Joe Rodon, we just love his potential, his mentality. He needs to work to get there," he said.

"Matt Doherty has just arrived and he is also adapting. Reguilon, of course is - especially going forward - an incredible player. He needs also to adapt to the defensive demands of the Premier League. It's a process."

Irrespective of the question marks which still surround Spurs' ability to turn their flashes of brilliance into silverware, Burnley manager Sean Dyche is in no doubt that Mourinho deserves his full respect.

"He finds a way of winning," added Dyche. "That’s always been my thoughts on management – if you can do it in a great style, then great. If you can’t, you’ve still got to win.

"If you’re a manager you’ve got to win and he invariably wins. That’s enough for me to show him respect – he wins."

Burnley expect to give a late fitness test to Erik Pieters who is struggling with a calf injury, but Matt Lowton is back available after shrugging off an ankle knock.