It's almost a case of last-chance saloon for Cork City as they travel to The Showgrounds to take on Sligo Rovers in their quest to stay in the SSE Airtricity League Premier Division.

The Rebel Army need all three points in their penultimate game, while there is a chance that they could be relegated by the end of the day as rivals Finn Harps are in action later this evening as they take on Bohemians.

City currently sit one point off Harps at the foot of the table and the best they can hope for now is to overtake the Donegal side and hope to come through the relegation play-off.

Sligo are all-but safe from the drop following a remarkable change of fortunes since the return to play following the Covid-enforced break in the season.

Sligo Rovers: Kyle Callan-McFadden returns from suspension having served a one-game ban against Shels. John Mahon made his return after over eight months out and completed 90 minutes in Dublin. Sigitas Olberkis returned to action last week as well. Johnny Dunleavy (knee) and Ronan Murray (toe) are definitely out. Ryan De Vries will have a late fitness test on a knee problem. Regan Donelon and Danny Kane have trained in recent days.

Cork City: A few players have slight knocks, however, there are no real injury concerns and manager Colin Healy expects to have a full squad to choose from.

Liam Buckley (Sligo Rovers manager): "This is a time of the season where there is so much on the line. We’re playing to get up any amount of places in the league in the table and anything is still possible.

"It’s not just about the table, it’s also for team spirit, for earning contracts next season and we owe it to our supporters as well. They deserve more than just the season being seen out.

"I expect a tight game for because there is a lot to play for. It’s a massive game in both our seasons. I’ve seen Cork put it up to teams a lot in recent games and we’re aware what type of team is coming up here. They’ll be a tough opposition so we have to be at it."

Colin Healy (Cork City interim manager): "The boys have trained well, and the confidence is up. We put on a good performance last weekend, but we couldn't pick up the points.

"Hopefully, there'll be another good performance on Saturday against Sligo. We know we need to get the points on the board, and we're hoping we can do that. We need to go up there focused and we need to be ready." 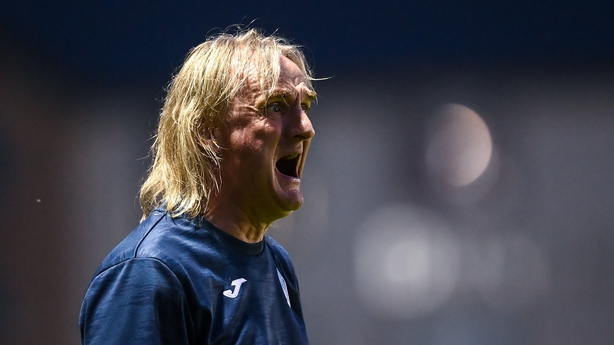 Finn Harps will look to secure an unlikely victory away at second-placed Bohemians in their bid to maintain their status as a Premier Division side.

The Donegal outfit are only one point clear of bottom spot in the table and could well be in the automatic relegation place should Cork win at Sligo in the earlier kick-off.

Harps have four games to play but with eight points the difference between them and eighth-placed Shelbourne, it looks like the relegation/promotion play-off looks their best bet at this stage.

Bohs, of course, maintain a very slim chance of winning the league and victory in their penultimate game would see them move to within one point of leaders Shamrock Rovers.

The Hoops, however, have four games remaining and just need one victory to secure their first title since 2011.

And anything but a win for Bohs this evening effectively hands the title to their city rivals.

Bohemians: Bohs confirmed last week a player had tested positive for Covid-19, with another player deemed to be a close contact forced to self-isolate, but their game against Dundalk did go ahead. They have no fresh concerns ahead of the clash with Harps.

Finn Harps: Mark Coyle misses the game through suspension after picking up a yellow card against Cork a month ago. Mark Timlin remains out while Leo Donnellan, Barry McNamee and Sam Todd are doubts.

Keith Buckley (Bohemians midfielder): "They're up there with the hardest team in the league to play against. It's very hard to impose your own game on their system. You have to battle and respect the game. It works for them and they get their results."

Ollie Horgan (Finn Harps manager): "Bohs are going very well. They're second in the table for a reason. We’re going away, to play a side in good form, and have been playing over the past couple of weeks. But we’re not making excuses, it's the situation we’re in and we’ll go there looking to come away with something. We cannot be depending on results around us." 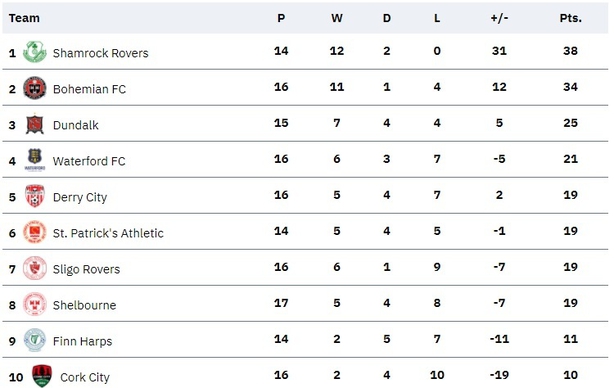