After a season away from European football's top table, the Red Devils returned to action at the Parc des Princes, where just 19 months ago they secured one of their greatest ever comebacks in this competition.

Many predicted a home win given the side's contrasting fortunes of late, with David De Gea making two important early stops before Anthony Martial was brought down in the box by Abdou Diallo midway through the first half.

Stand-in skipper Bruno Fernandes saw his penalty saved for the second successive match, but held his nerve to find the net after the Video Assistant Referee ordered a retake for Keylor Navas straying off his line.

United looked convincing in a 3-5-2 formation and could have gone further ahead, only for Martial to glance a Neymar corner into his own net and spark a helter-skelter conclusion.

Both sides had chances to win but United looked more impressive and, just as Solskjaer's side looked set for a morale-boosting draw, Rashford lashed a superb late winner to stun PSG once more. 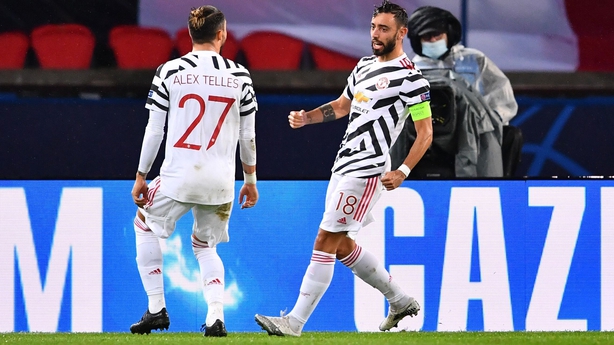 Speaking after the game, Rashford would not be forced into choosing whether he favoured this late winner over his penalty heroics of 2019.

"For me they were both opportunities to win the game," he told BT Sport.

"As a striker in the game, that is the mindset. You might only get one chance and you have to do your best to make it count.

"Of course it is a nice feeling, more importantly we win the game and we are in a stronger position now in the group.

"It is the first game and the concentration and intensity we showed today we have to take forward into the next games.

"It is a good performance but also a performance where we have a lot to build on, I always believe in the team and as players it is important to believe in the system the manager chooses to play and today we did that fantastically."

Despite hailing the performance of his side, Solskjaer admitted it was not the same feeling as the drama of the round of 16 win the last time they visited Paris.

"It is a different feel of course, this is the start of the group stages," he told BT Sport.

"We win against a fantastic team, last time was knockout and the euphoria was different this time there are no fans, it is sterile and no-one to celebrate with."