Ahead of the start of their Europa League campaign on Thursday, Dundalk took a significant step towards securing European football for next season with victory over Derry City at the Brandywell.

Goals from Sean Murray and Jordan Flores inside the opening quarter proved decisive in the end for Filippo Giovagnoli's men who are now four points clear of Waterford FC in third with a game in hand still to play over the Blues.

While Darren Cole’s 18th minute strike did give Declan Devine’s men some hope they couldn’t find an equaliser against a Dundalk side who managed the game well in the second half.

With just three games to play, Derry’s hopes of European football for next season are all but dead.

For Dundalk, it's on to Tallaght Stadium on Thursday where they face Molde in their Europa League Group B opener.

Sean Murray and Jordan Flores with the early goals for @DundalkFC. Darren Cole pulled one back for @DerryCityFC in the 18th minute, but the Lilywhites leave the Brandywell with all three points #RTESport #WatchLOI pic.twitter.com/QNCohLXfNK

The visitors started at a whirlwind pace and hit the front after just seven minutes with Murray rifling a shot to the top right hand corner from Greg Sloggett’s lay-off for his first league goal for the Lilywhites since scoring the opener at the Brandywell in March 2019.

It was then 2-0 to the Louth men on 15 minutes. After Stefan Colovic had volleyed just wide the Candystripes were caught out from a short goal kick routine with Conor Clifford’s attempted pass back to goalkeeper Peter Cherrie being punished by Flores who was left with the simplest of tap-ins.

Just when it looked as though Dundalk were going to steamroll their opponents, Derry were thrown a lifeline as they pulled a goal back three minutes later.

Aaron McCarey was caught all at sea in coming for Adam Hammill’s free kick with Ciaran Coll getting a header in that was blocked on the line by David McMillan.

Fortunately for the home side, Cole was on hand to fire in the rebound to make it 2-1.

Derry were largely on top after that with another Murray effort from a Sean Gannon cross that Peter Cherrie dealt with easily the best that came from the visitors for the rest of the half. 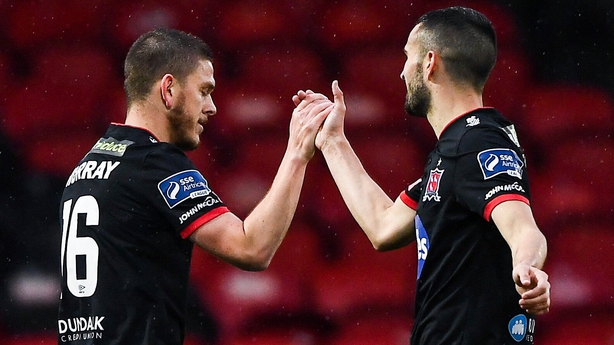 A minute later Walter Figueira pulled a shot across the face of goal before Ibrahim Meite tested McCarey with a shot from the edge of the area after McMillan had been caught in possession by Clifford.

Figueira would have another good effort four minutes before the break but his effort was pushed away by McCarey before being cleared to safety by Flores.

Dundalk managed the game much better in the second half, frustrating their opponents for long periods.

Indeed, for 36 minutes of the half a free header from Eoin Toal that was well over was the only attempt of note in the game.

Then McCarey was called into action twice in the space of a matter of seconds on 81 minutes, firstly to turn Clifford’s effort around the post before doing likewise with a similar effort from Jack Malone following a short corner routine.

Hammill did have an effort on the 90-minute mark from a free wide on the right but he flashed his effort across the face of goal.

Patrick McEleney forced a late stop from Cherrie from a free-kick but it mattered little as Dundalk held out for a big three points. 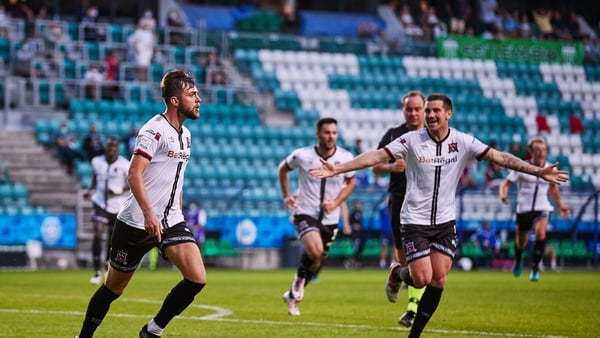 Patching the hero late on as Dundalk progress 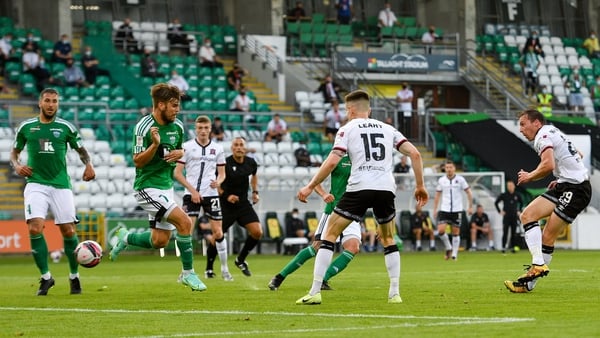 Dundalk forced to settle for a draw against Levadia 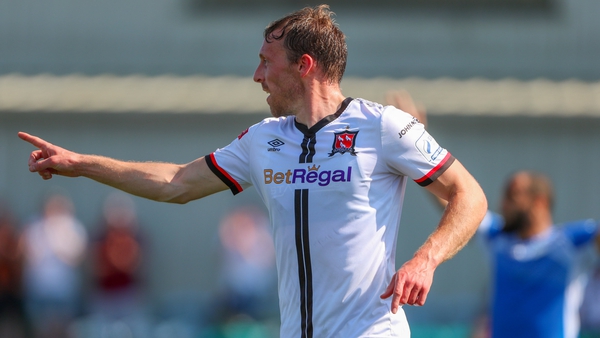 McMillan sinks Harps as Dundalk move up to sixth 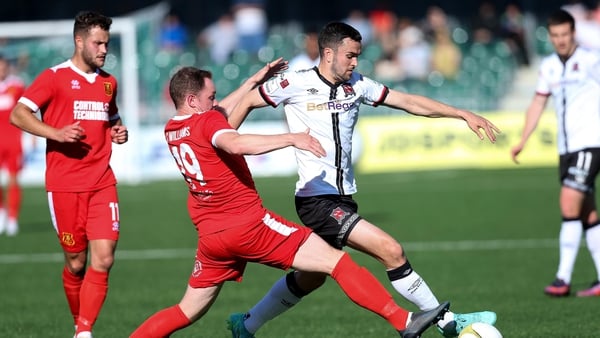 Duffy on target as Dundalk finish job in Wales 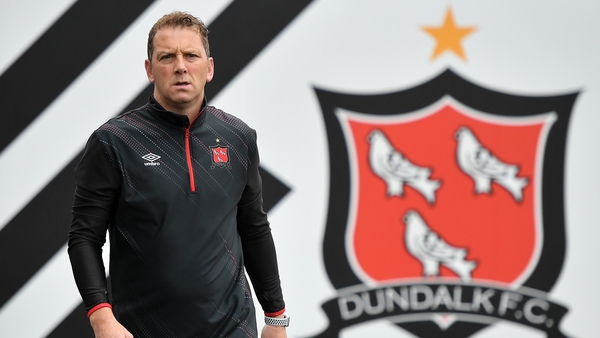