With Dundalk's hectic Europa League group stage campaign kicking off against Norway's Molde at Tallaght Stadium on Thursday, Filippo Giovagnoli's side warm up for that highly anticipated continental battle with a trip to face Derry City as the SSE Airtricity League enters its final juncture.

While retaining the title is out of reach, Dundalk will be aiming to consolidate third place in the division, while Derry City, who will similarly have three league games to go after Monday's head to head, are mired down in seventh and in need of a run to get themselves properly back into the mix for European places. 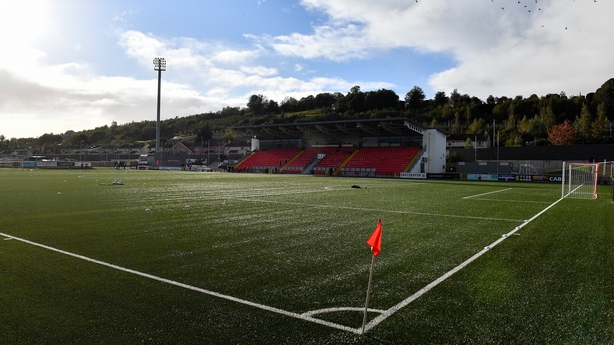 The Candystripes have also got more clarity now on rescheduled fixtures. Last Friday's postponed game against leaders Shamrock Rovers will now take place on Wednesday 28 October at 6pm and will be screened live on RTÉ 2.

Their 25 October fixture against Shelbourne has been moved forward two days to Friday 23 October, with a 7.45pm kick-off. Derry's Extra.ie FAI Cup game against Sligo Rovers has been moved from Friday 30 October to 1 November.

Meanwhile, Shamrock Rovers' games against Finn Harps and St Patrick's Athletic have been moved to 1 and 4 November respectively.

Dundalk: Dane Massey is still recovering from a hip injury, while wingers Nathan Oduwa and Daniel Kelly are doutbful. Darragh Leahy should be available however after returning from Ireland Under-21 duty.

Declan Devine (Derry City manager): "Dundalk have done brilliantly in the Europa League and are now getting their rewards with some huge games. From our point however we have to try to get as many points from these last four matches as we can and see where that takes us."

Shane Keegan (Dundalk first-team coach): "We have to go and deliver a good performance on Monday in Derry and we are capable of that. We want to go there and get three points to round off a successful week for us going into Molde on Thursday."