UCD are up to third place in the Airtricity First Division table after a comprehensive victory over Cabinteely at the UCD Bowl.

All the goals came in the second half, with Yoyo Mahdy firing a brace for the Students, while Colm Whelan, Danu Kinsella Bishop and Liam Kerrigan also on target.

Kieran Marty Watters netted a consolation for Cabinteely, who now drop to fifth in the table. 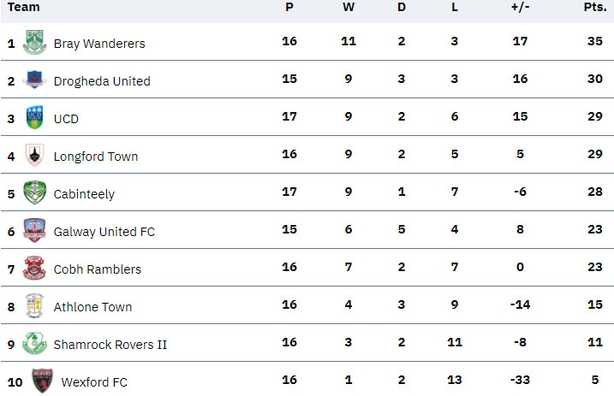 Indeed it was Cabo who started the brightest as they shaded the opening half, with a header from Christian Lotefa testing UCD keeper Lorcan Healy. Shane Barnes and Kevin Knight also had a chances for the visitors.

UCD upped the tempo on the resumption, with Mahdy getting his first goal following good link-up play with Colm Whelan on 50 minutes.

Whelan himself to make it 2-0 minutes, firing home from six yards on 56.

Just over ten minutes later, Liam Kerrigan added a third as his low shot found the corner of the net.

Danu Kinsella Bishop on 84 and Mahdy from the penalty spot completed the scoring.