The Wales international has signed a five-year deal at the Premier League club after beating the domestic transfer deadline.

Rodon, 22, has joined for a fee of £11m plus add-ons, a deal that took some negotiating between the two clubs.

Spurs first started talking to the Championship club on the international deadline day last Monday, but it has taken a further 10 days for a deal to be struck.

Rodon told the club website: "It hasn't really hit me yet.

"It’s a massive honour. This is a massive club, and I can’t wait to get started.

"As everyone knows, Jose Mourinho is one of the biggest managers in the world, and all I can do is be excited, learn every day and hopefully take it all on board.

"I’m not looking too far, just to take each day as it comes, hopefully improve and become a better player, and take it from there."

Rodon, who played against England for Wales last week, joins international team-mates Gareth Bale and Ben Davies at the club.

"It’s a great story and to join Ben here now is even better for me," he added.

"Ben and Gareth are two massive players for Wales, and hopefully they can help me settle in quickly and make me feel even more welcome.

"That was a big part for me. Hopefully, it all goes perfectly."

He does not join in time to play against West Ham and will not be eligible for any of Spurs’ Europa League group games.

Spurs later announced that United States defender Cameron Carter-Vickers would spend the rest of the season on loan at Championship side Bournemouth. 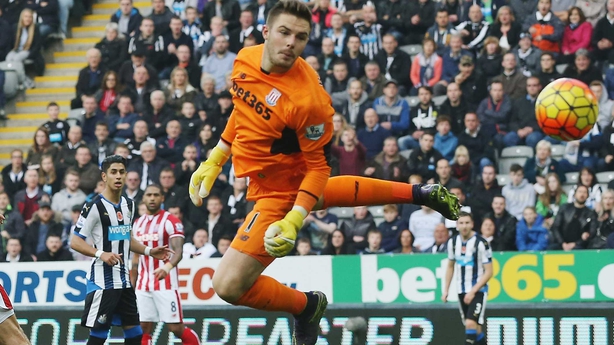 Jack Butland has joined Crystal Palace from Stoke after agreeing a three-year contract.

The 27-year-old goalkeeper renews his relationship with manager Roy Hodgson, who handed him his England debut in 2012.

Butland has represented England on nine occasions but has not featured in the Premier League since he was relegated to the Championship with Stoke in 2018.

"I’m very happy that the club has managed to acquire the signature of Jack to join us and compete for a place amongst our goalkeepers at the club," said Hodgson, who made Butland England’s youngest ever goalkeeper at 19 years and 158 days in a friendly against Italy eight years ago.

"Jack is a player that I worked with for four years at England. I’ve always believed in his potential.

"I am aware that his last spell at Stoke hasn’t been the happiest one for him but I sincerely believe that with his qualities, coming to a new club will enable him to resurrect his career and show once again what a good goalkeeper he is."

Speaking to the Crystal Palace website, Butland added: "I am extremely happy. It has been a crazy and stressful day but I am glad to have got it over the line.

"It will be great to see and work with Roy again. He gave me the most important moment in my career and that is one I am forever grateful for."