The Hoops had revealed that "several other players within the squad will follow a period of isolation as close contacts" to their team-mates.

Byrne tested positive while on international duty and is self-isolating in Dublin.

He did not travel to Finland for the Nations League game following a positive test on Sunday.

Shamrock Rovers had been due to host Derry City on Friday night and Dublin rivals St Patrick's Athletic a week later, with an away trip to Finn Harps on Monday also now having to be rescheduled. 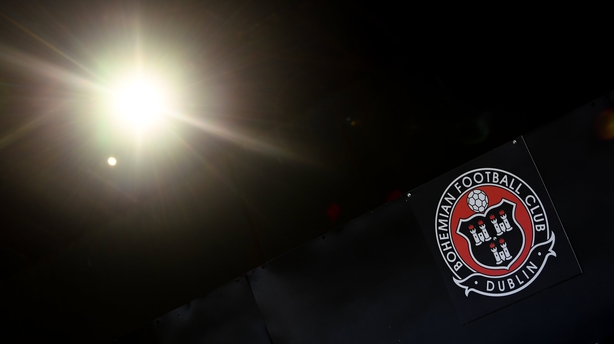 Meanwhile, Bohemians have confirmed that two first-team players are self-isolating following a positive Covid-19 result, but have made no request for Friday's game away to Dundalk to be rescheduled and say they "are happy that the fixture will proceed as planned."

One unnamed first-team player has tested positive for the Gypsies and another, deemed a close contact, is also self-isolating as a result.

The player who tested positive last trained with the team on 6 October, was tested on 10 October and received his result on Monday.

He will remain in self-isolation and following all public health guidelines until he is permitted to resume training on Tuesday, 20 October.

The close contact returned a negative test for Covid-19 and will also resume training on that date.