Stephen Kenny heaped praise on his players following his side's scoreless draw with Wales, not just for their performances on the pitch, but for the character that they have shown throughout an eventful few days with the Ireland team.

The team travelled to Slovakia during the week for their ill-fated Euro 2020 play-off, where they first encountered a Covid crisis, which ruled two players out of the game, then had to battle through 120 minutes on the pitch before suffering the heartbreak of a penalty shootout defeat.

An energy-sapping traipse home followed, with the team only getting back to their Dublin base at 6am the next morning, having travelled through the night from Bratislava.

The squad then had to get themselves re-energised and motivated for another game on Sunday afternoon, just two and a half day's later, as they faced Ryan Giggs' side in the UEFA Nations League.

And just when things looked like they were getting back to normal ahead of the home clash, there would be more drama, and lots of it.

One positive test, and as a result, four more close contacts, and suddenly the Ireland squad were down to the bare bones just hours before kick-off.

By the time the game got going in the Aviva, Kenny had just one defender on his bench of seven players, which included two goalkeepers.

As it transpired, Ireland played quite well, really well in stages, with quality performances from fringe players like Jayson Molumby, and older pros trying to get back to their best form for their country, like Robbie Brady who excelled in his free role going forward. 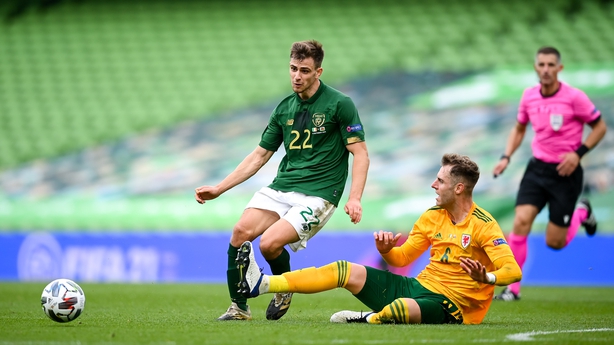 Matt Doherty showed that he can do just about anything on a football field, as he causually slotted in alongside Shane Duffy in the centre of defence, following the eye injury to Kevin Long, which forced an early change.

James McClean stuck to the script – for the most part – as he maintained composure, embracing this ball-playing side and making valuable contributions until he eventually saw red, and then red again as he received his marching orders.

Even players who were not even part of the original squad for Slovakia, like Cyrus Christie and Daryl Horgan, both showed that they had something to offer this side, which, over the course of the last two months and four matches are displaying really depth and versatility. 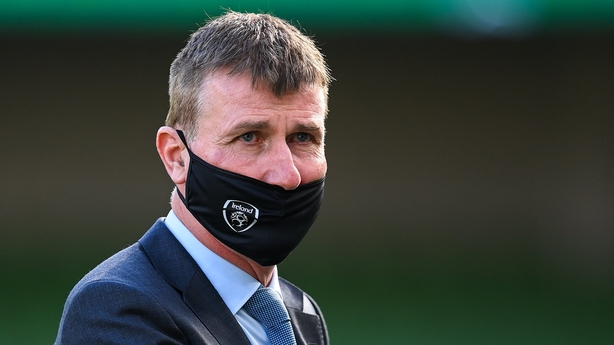 And following the game, the manager was quick to pay tribute to the entire squad, who have coped tremendously well with everything that has been thrown at them in recent days.

"It’s been a lot for the players to take in," said Kenny, speaking at the post match press conference.

"You can never be certain [how they would respond], particularly after the disappointment of losing on Thursday, getting beaten on penalties, and then we had a long journey and got back at six in the morning; that was tough on the players."

"Then losing a lot of players today on the day of the game, and the team changing so much, they showed what they were made of, [showed] their character and put in a good performance against Wales, who have been riding high. So credit to the players for the way that they responded.

"The players attitude has been brilliant; they are a really good group. They showed their professionalism by performing to the level that they did."

While Kenny was happy with the performance in the scoreless draw with Giggs’ Wales, he admitted that there is still room for improvement.

But he was impressed with the versatility of the players throughout the game, and how they dealt with the absence of real pace in the attack with the likes of Aaron Connolly, Adam Idah, Callum Robinson, Alan Browne and Callum O’Dowda all missing. 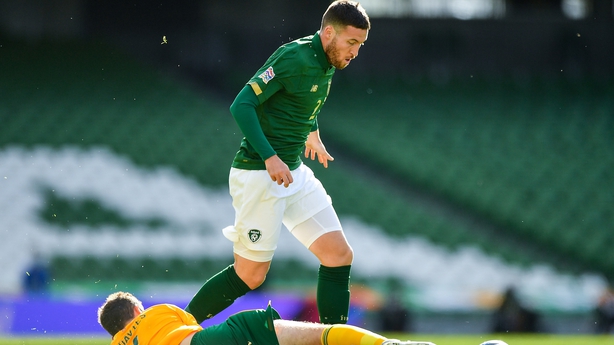 "We lost players – there was wholesale changes – we lost three centre halves today," said the manager, adding Long’s early substitution to the fact that Daryl Williams and John Egan were ruled out ahead of the game.

"Matt Doherty did brilliantly there. It just shows that there is a bit of depth to what we are doing.

"I’m not saying the balance of the team was perfect today. From an attacking point of view, a lot of pace was missing from the frontline, but everyone who played today acquitted themselves really well.

"Overall, we could have won the game. It was an evenly balanced game,"

"We had the better chances, and I don’t remember Darren Randolph having to do too much in terms of making a save."

It's never existed before, it’s a new disease, and we are all learning

The manager said that the time for talking about all Covid-related matters and how things can be improved will inevitably come after this international window finished in Finland on Wednesday night.

"I'm sure there are lots of things we can learn, it's new territory for everyone. It’s never existed before, it’s a new disease, and we are all learning," said Kenny.

But in the meantime, Kenny has to tot up the numbers and make sure that he has a balanced squad available to travel to Helsinki for Wednesday’s UEFA Nations League encounter.

And it is a race against the clock to see who he can draft into his side, as there are Covid protocols that have to be met in advance of the game, which may prove a logistical issue getting players from the Under-21 side as they are currently preparing for an away game in Italy on Tuesday afternoon.

"We were short players on the bench today, and James McClean getting sent off rules him out of the game against Finland," said Kenny.

"We will address that in the next couple of hours. We are bound by the fact that we have to have players in at certain times for Covid testing and be ready for Finland." 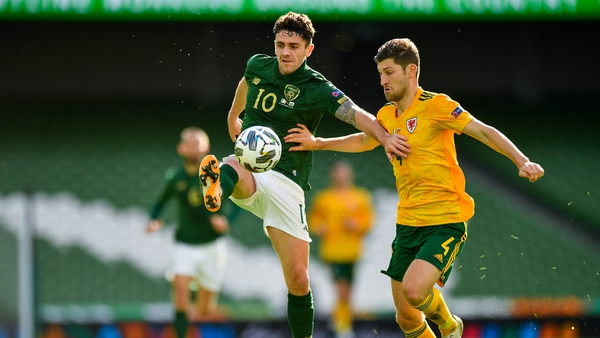