Connor Ronan made a brave career decision in January 2019 that he believes will prove to be the making of him.

The Republic of Ireland under-21 midfielder was struggling to break into the Wolves first team, but he had options to go out on loan to a few lower league English clubs.

Still only 20 at the time, he had already spent time with Portsmouth and Walsall. So he opted for something different.

Ronan headed for Slovakia to link up with top-flight outfit Dunajska Streda. The move was a success, with Ronan getting regular football in a boisterous, competitive league while adjusting to a very different environment.

Although his next loan spell - a year later - came at Blackpool, that move abroad removed the sense of entering unknown. When the chance to head to Swiss outfit Grasshopper Zurich came along last month, there was little hesitation.

Wolves think enough of Ronan to have given him a fresh four-year deal so he's clearly in their long-term plans. For now however, he's settling into life in Zurich. 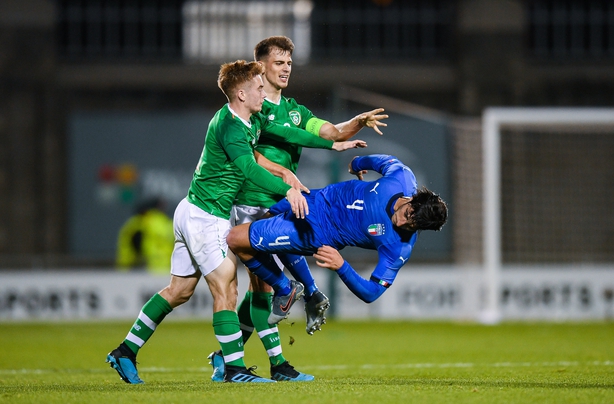 "The Slovakia thing, at the time before going it probably didn't look like the best move for me... but after going there and having success out there and playing as many games as I did, I think it kind of put me in good stead to be open to other moves abroad," he said.

"I'm not going to say everyone should look for a loan move abroad or look for a move abroad, it's just about what's best for your personal career path.

"Going out to Slovakia was my first experience of playing week in week out in men's football. It gave me that mindset of, 'if I have to do it again I'm willing to do it' because I did it so young and it went so well.

"Whatever comes my way, whether it's in England or whether it's abroad, I'll be ready for it. I think it put me in a good position in terms of my mindset and my attitude towards playing abroad. I'm kind of open to anything now."

Ronan recovered from a knee issue to join up with Ireland camp ahead of the crunch Euros Group A qualifier in Italy on Monday. The Boys in Green are three points clear of the Italians at the top of the table, having played an extra game.

"I went over [to Zurich] and picked up the injury in my first pre-season game," said Ronan.

"I had  a little bit of pain in my knee after the game but didn't really think anything of it. It was kind of ongoing so it was then I decided to go for a scan on it. I had a slight scan on my ACL ligament which kept me out for four to five weeks but I've been back in full training now two and a half weeks.

"I got 45 minutes in a league game before I came back here which was obviously something I was looking to do before I  came, to have that match fitness and some sort of minutes under my belt before I came to put myself in contention.

"We've just been taking it game by game but we're kind of on that last home stretch now, the final three games.

"It's easy to forget how big an achievement it would actually be [ to qualify] because I think our mindset towards the campaign has been, we're going into every game trying to win and we're not approaching games looking to pick up a point and hoping to win the  next game." 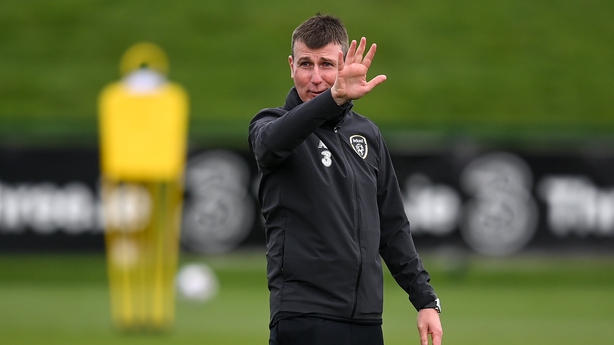 Qualification for the finals would be sweet; elevation to Stephen Kenny's seniors would be better again.

Former under-21 boss Kenny is a known admirer of Ronan's talents, as is his successor Jim Crawford. Now, the dynamic and versatile midfielder is looking to follow in the footsteps of some former team-mates.

"It helped massively having Jim in with Stephen in the previous camps. I think we've kind of picked up where we left off to be honest.

"The squad's changed a little bit, as it does throughout  a full campaign. You're never going to have the same squad all the way through, so the new players have come straight in. Everyone has gelled together.

"Obviously when you see lads you've played with at under-21 level, the likes of Aaron [Connolly], Troy [Parrott], Adam [Idah], Jayson [Molumby], all the lads who've made that step up, it does kind of creep into the back of your mind that it is possible.

"With the way Stephen is, you know he's not afraid to call up the young players. I'd be surprised if if wasn't in the back of everyone's mind that if you perform well for the 21s and you're consistently performing at your club then it is a possibility."