Chelsea hitman Giroud took his international tally to 42, leaving him behind only Thierry Henry on 51 in France's all-time goalscoring list.

Eduardo Camavinga, Corentin Tolisso, Kylian Mbappe and Antoine Griezmann all got in on the act too for the world champions, with Vitaliy Mykolenko putting through his own net.

Viktor Tsygankov did reply for Ukraine, but the visitors were comfortably outgunned. 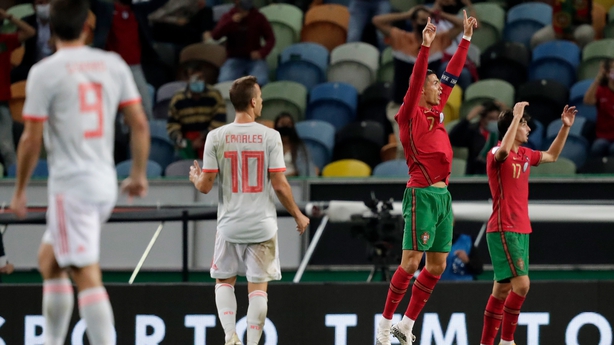 Cristiano Ronaldo hit the bar for Portugal, while Wolves' Adama Traore made his Spain debut, but the Iberian neighbours could only muster a goalless draw in Lisbon.

Chelsea playmaker Kai Havertz teed up two goals but Germany slumped to a 3-3 draw with Turkey.

Havertz laid on goals for Julian Draxler and Florian Neuhaus, with Luca Waldschmidt also on target for the German hosts.

But Turkey hit back every time Germany took the lead, with Ozan Tufan, Efecan Karaca and Kenan Karaman all on the scoresheet.

Bryan Cristante, Francesco Caputo and Domenico Berardi all found the net too, with an own goal from Veaceslav Posmac for good measure. 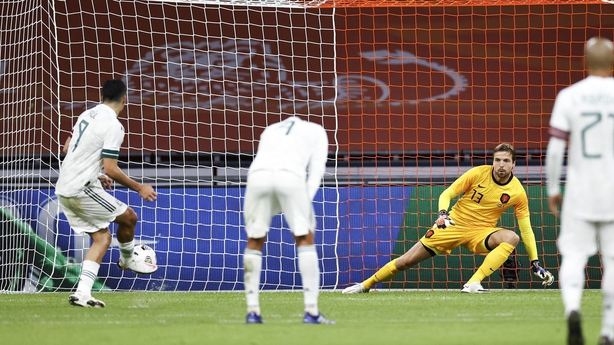 Frank De Boer's first game in charge of Holland ended in a 1-0 home defeat to Mexico, who had Wolves forward Raul Jimenez on target from the penalty spot.

The hosts were without Bayern Munich hitman Robert Lewandowski, but goals were still not a problem.

Grosicki had his treble by half-time, before Krzystof Piatek and Arkadiusz Milik found the net too, while Finland could only reply through Ilmari Niskanen.

Adrian Grbic and Christoph Baumgartner hit the net as Austria turned the tide to beat Greece 2-1. 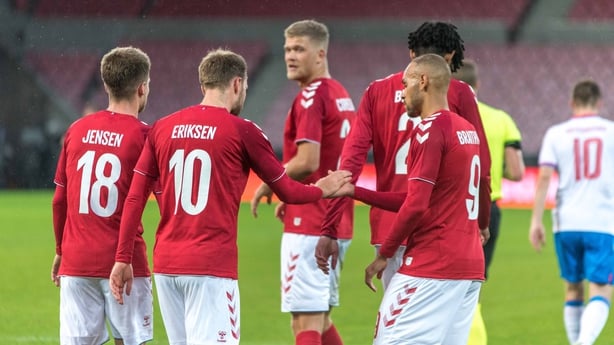 Mario Pasalic and Josip Brekalo sealed a 2-1 win for Croatia in Switzerland, after Mario Gavranovic had put the hosts ahead.

Tomas Holes and Vladimir Darida helped the Czech Republic to a 2-1 win in Cyprus, with Loizos Loizou netting for the hosts.