THE TIME IS NOW

Stephen Kenny has just two matches under his belt as Republic of Ireland manager, but this game will sway many unconvinced by his credentials one way or the other.

That shouldn't be the case, of course.

However, with a place at a major tournament at stake for the winner of this four-team play-off, and games scheduled to take place in Dublin, so much is riding on the early days of his tenure.

A tense affair awaits, Kenny has experience of big occasions and come out on top in most of them.

This is the biggest in his 23-year managerial career. If a nation held its breath in 1990, Thursday's game is about putting life back into Irish football at a time when it desperately needs a lift.

That pressure is on Kenny and his players. He has proven time and again that he can handle each stage that has come along. 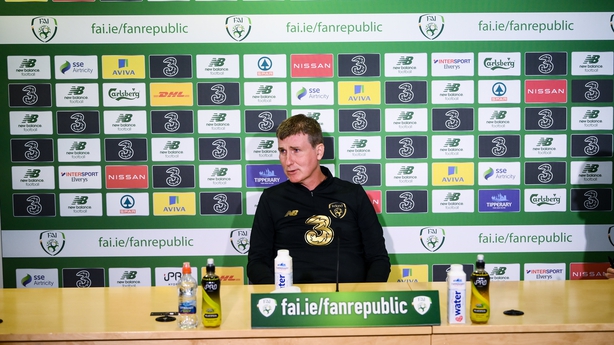 Temperatures are unlikely to get above 12 Celsius, with a light wind and little chance of rain. Conditions will not be a factor.

Live blog from 7pm on RTÉ.ie/sport and the RTÉ News app. The game is being aired live on RTÉ2 and the RTÉ Player from 7pm.

Radio commentary will be on 2fm with an extended Game On. It kicks off at 7.45pm. Don't forget, extra-time and penalties are a possibility.

We'll bring you ever second of the action.

IMPOSSIBLE IN A WEEK?

Callum O'Dowda spoke of Kenny's attention to detail and how he has never seen the like of it.

"We haven't even had a couple of weeks in total but it feels like I have worked with him for a lot longer."

Kenny has hinted he will rely on man-management skills given he hasn't even had two proper training sessions ahead of this game.

That will go so far, the quandary is finding the right midfield balance, and there is no obvious solution.

The Nations League matches against Bulgaria and Finland answered some questions in defensive and attacking areas, but finding a combination to get on the ball, keep it and offer the service for the front three is going to take more than Kenny's famed inspirational words to his players.

James McCarthy was one of many players who didn't catch the eye in the former of those games. Given his Premier League form, he is an obvious choice, and particularly with the loss of Harry Arter to the group.

Kenny cited how Hendrick and Hourihane are gaining regular Premier League games as a major plus, along with McCarthy.

Aaron Connolly has shown his talent as a central striker, looking far more useful than being on the left of the three in a green shirt.

Seamus Coleman's injury will give Matt Doherty another chance. He will play a key role is trying to support the Irish attack, the sum of which will depend on whether the midfield selection is a conservative or more adventurous one.

It was in the aftermath of an FAI Cup final almost 20 years ago where Stephen Kenny stood on the Lansdowne Road surface after being beaten as Longford Town manager. 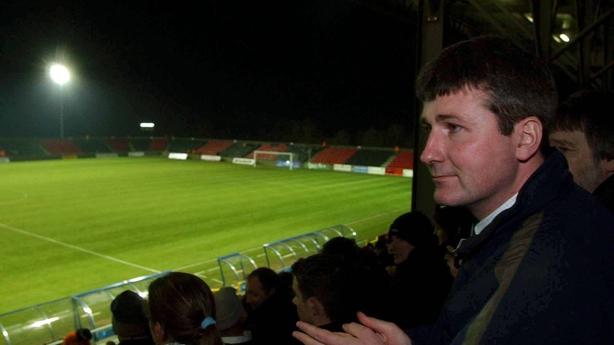 His rival in the dugout, Roddy Collins, declared in victory to Tony O'Donoghue that "we could call on the bench where Stephen couldn't".

That shouldn't be a problem in this deciding game.

Shane Long, Adam Idah and Jack Byrne are likely to be in reserve, if needed. If it is a long night, they could be invaluable.

THE OPPOSITION HAVE HAD TO SWEAT IT

If we're ruing the lack of a Coleman, goalkeeper Martin Dubravka is a major loss for the home side.

He is one of the outstanding goalkeepers in the Premier League with Newcastle United and has been out for several weeks. Marek Rodák, second-choice at basement side Fulham could step in as Dominik Greif did not impress in the 3-1 defeat to Czech Republic in the Nations League last month.

Dávid Hancko has been the first-choice left-back, he is also injured.

Martin Skrtel was close to coming out of retirement. However, a Covid-19 quarantine regulation put paid to that hope.

But the news is better for Ireland's opponents after that. Star man Marek Hamšík has been able to travel to Slovakia from China for the game. His club situation had meant there was some doubt over whether he could travel.

"I tested myself in Slovakia and everything is fine. I missed the national team for a long time. It's been a year since I played but I'm really looking forward to it, even more so because we have important and challenging matches ahead of us."

Stanislav Lobotka is the dangerman is midfield. He moved from Celta Vigo to Napoli for €24 million at the start of this year and also came through Covid concerns, with the Italian side allowing him to exit their camp.

However there is no guarantee he will be in Bratislava.

"The Slovak Football Association is still trying to communicate with the Italians about Stanislav Lobotka and his arrival in Slovakia for the requirements of the national team. At the moment I can not tell a definitive position," a Slovak FA spokesman said.

Kenny has reiterated the logic that Ireland need to defy their past form.

Victories in Wales and Austria have been bright spots on a dark road when the men in green have taken on reputable sides, he admitted that it will take something unique to reach Euro 2020.

That is a challenge to his players, to create the history needed and rise to the occasion.

The second is when carefully choosing his words on what the approach will be, he ended the sentence with "unlikely to be cautious".

"We know the opportunity that does exist and the possibility of the European Championship in Ireland is unique really. It's never happened before and it may never happen again.

"That kind of motivation to lift the country would be an incredible experience for the whole country. We're a long way away from that because we have a tough game in Slovakia and it's only a semi-final. We've got to do something extraordinary and win away from home again."

The first barrier awaits on Thursday night. Don't miss it.