Frank Lampard has delivered a withering assessment of Jose Mourinho's touchline "character" after the two managers clashed at Tottenham.

Chelsea boss Lampard and Spurs chief Mourinho were caught in a touchline exchange during Tuesday's Carabao Cup clash, won by Tottenham on penalties.

Mourinho later insisted he was trying to give Lampard advice on how to support his players from the dugout - and now the Chelsea manager has offered an outright dismissal of that claim.

"I don't think any remarks made on the touchline during a game can be called advice," said Lampard.

"They can probably be wrapped up as advice after a game when you manage to get back in the game and win on penalties. So I don't think that's the case.

"I would always be happy to take advice not just from fellow managers, but also my players, my staff, people I respect and listen to in football, outside football, and in life. I think that's what moulds you as a manager.

"So I don't think that Jose incident was ever advice; it wasn't that.

"I think on the line if you look like you are forced and trying to be what might be perceived as arrogant, for what that looks like, or trying to portray a character, I think that's something that can become maybe not real, or maybe boring from the outside.

"I certainly don't do that, I just react as I see fit in the game, in the competitive nature sometimes you can reflect and go 'was that too much or not'. That's fine.

"I don't think people should expect to not get caught up in the excitement and that was just it. It was no big deal." 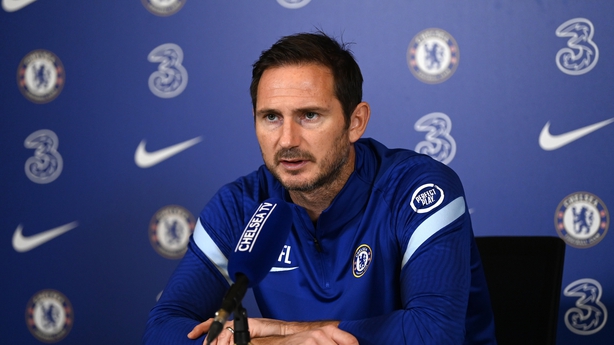 "When I talk about people putting on a character or not, Roy has been an incredibly straight-down-the-line manager, person, coach; his career is something that's beyond exceptional," said Lampard.

"I've got so much respect for Roy Hodgson in the job he's done and the way he carries himself.

"I don't want to pre-empt it but there'll be no touchline spats with me and Roy tomorrow, because I've got too much respect for him and I think he's just brilliant as a man."

Christian Pulisic is finally fit enough to make Chelsea's squad for the first time this season for the Eagles clash, having shaken off a niggling hamstring injury.

Lampard said the USA forward is not fit enough to start, but the Chelsea boss is excited to see his new number 10 back in action.

"Pulisic is in the squad for tomorrow; he won't start the match because of the injury he's had, and it's been a difficult injury," said Lampard.

"Hakim Ziyech is getting closer, but he's not quite fit enough to be on the bench."