Derry City have moved up into sixth spot following a deserved 2-0 victory over Waterford, at the Ryan McBride Brandywell Stadium.

Third placed Waterford disappointed throughout and never really got going and but for some good saves by goalkeeper Brian Murphy, they could have conceded a few more goals.

The visitors had the first real chance on 15 minutes but Robert McCourt's close range header flew well off target, after Tyreke Wilson’s right wing corner had picked out the centre-back.

Waterford keeper Murphy was called into action on 38 minutes when fully stretched, he did well to push away Clifford’s 25 yard free-kick. 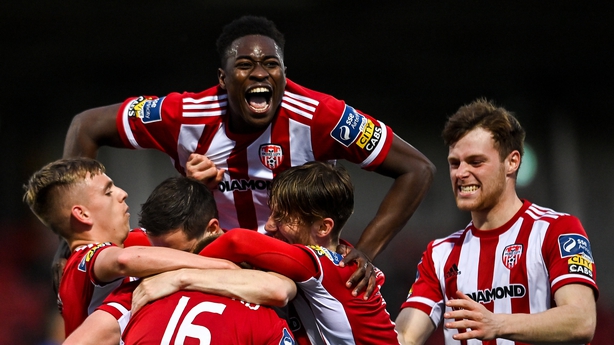 Clifford did get the better off Murphy on 44 minutes, this time from the penalty spot, after referee Robert Hennessy felt that Olunatunmise Sobowale’s nudge on Walter Figueira inside the box was enough to award the spot-kick and the midfielder made no mistake, sending the ex-QPR net-minder the wrong way, slotting the ball into the bottom left hand corner.

Early in the second half, Derry went close to adding a second twice in quick succession.

The Brandywell men were awarded a second penalty on 58 minutes as McCourt’s poor challenge on Figueira meant that referee Hennessy correctly pointed to the spot again and Clifford coolly made no mistake from 12 yards, chipping the ball panenka style down the centre of the goal.

A clever corner routine on 80 minutes by the home side saw Ciaron Harkin play a neat one-two with Figueira but the midfielder’s well hit drive flashed over. 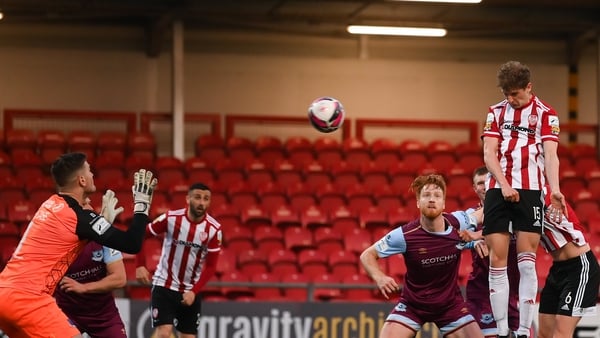 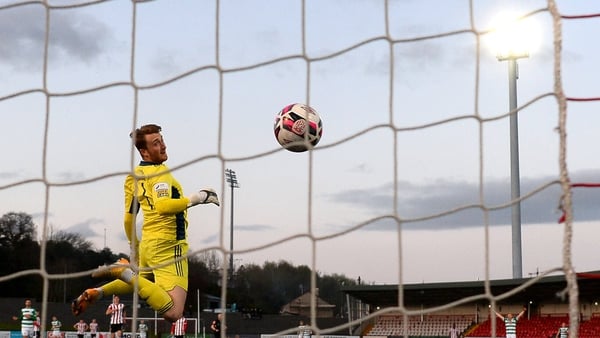 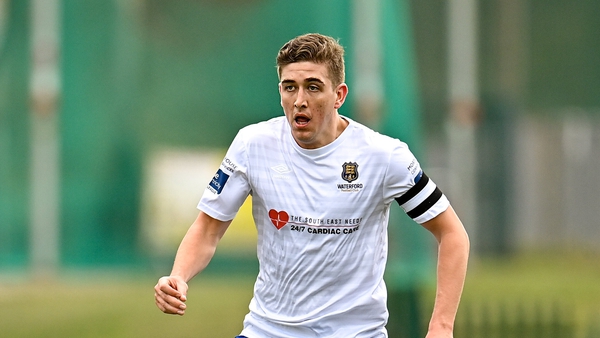