Raheem Sterling struck twice as holders Manchester City eased into the quarter-finals of Carabao Cup with a comfortable 3-0 win at Burnley.

Summer signing Ferran Torres also claimed his first goal for the club as City, bidding for a fourth successive triumph in the competition, made light work of the Clarets at Turf Moor.

Victory would have been even more emphatic for a strong-looking City side were it not for a fine performance by Clarets second-choice goalkeeper Bailey Peacock-Farrell.

It has been a tough start to the campaign for Burnley but the Northern Irishman's display, added to the team's general high workrate and the return from injury of James Tarkowski and Ashley Barnes, ensured there were positives for Sean Dyche.

Yet it was City's night. Given their recent injury problems, manager Pep Guardiola might have picked a less experienced side but, after Sunday's 5-2 hammering at the hands of Leicester, there was presumably a desire to deliver a strong performance. 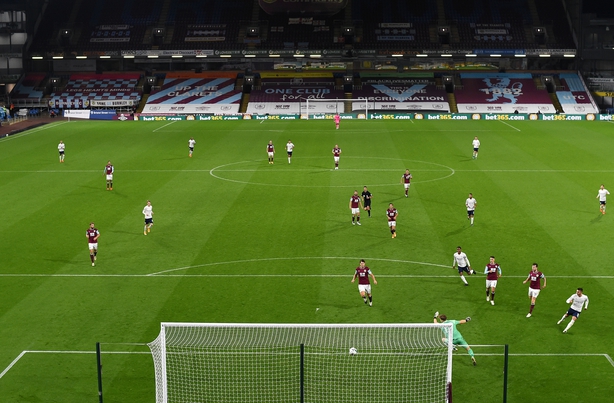 Again there was no recognised centre forward in the continued absence of Sergio Aguero and Gabriel Jesus but Sterling and Kevin De Bruyne were in tandem. Riyad Mahrez and Ferran Torres made up a strong attack but Guardiola did find room to introduce some young blood by handing a debut to 18-year-old midfielder Cole Palmer.

City started brightly but were frustrated a number of times by Farrell-Peacock.

The 23-year-old produced good saves to deny Sterling twice in the early stages and also kept out a Palmer chance. Rodri also drove wide and Torres shot over.

Burnley had fewer openings but Matej Vydra shot wide and both Charlie Taylor and Dwight McNeil had penalty appeals turned down after challenges in the area.

Sterling finally made the breakthrough he and City deserved 10 minutes before the interval. Benjamin Mendy whipped in a dangerous ball from the left and this time Sterling gave Peacock-Farrell no chance with a powerful first-time strike on the turn.

City could have had more before the break as Peacock-Farrell pushed away a curling effort from Sterling and Torres clipped the woodwork as he slid in at the back post.

They did not have to wait much longer as Sterling doubled his tally on 49 minutes, finishing off a good move involving De Bruyne and Torres from close range. 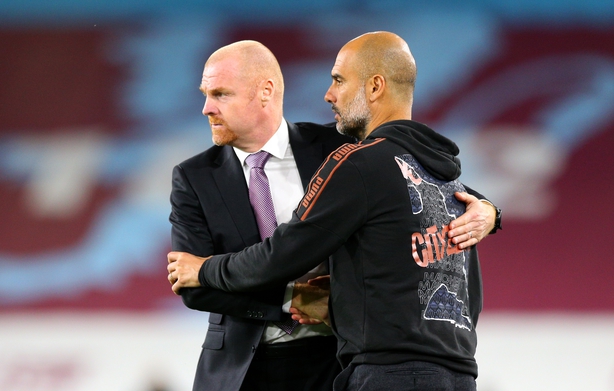 Burnley did not give up and substitute Chris Wood had a chance before Barnes shot narrowly over following a good move.

Yet City put the result beyond doubt on 65 minutes with an emphatic finish from Torres. Sterling failed to control a Mahrez pass but the ball ran through for Torres and the former Valencia winger raced through to slam past Peacock-Farrell.

Sterling could have had a hat-trick soon after but was again denied by Peacock-Farrell, who saved with his feet in a one-on-one situation.