Tottenham defender Matt Doherty has been won over by Jose Mourinho's sense of humour following his summer arrival.

The Republic of Ireland right-back made the switch from Wolves a month ago and says that the persona Mourinho presents publicly is not the one inside the dressing room.

"From the outside, you just see the interviews, see him in the media and on the sidelines," Doherty said ahead of his side's Europa League play-off with Maccabi Haifa.

"But you don't know him, you don't realise the sense of humour that he has, the bond that he has with his players.

"In terms of that, I was pleasantly surprised. Before I even signed, I had a little bit of contact with him and his sense of humour is very good, he can have a joke with you.

"He made me feel incredibly welcome as I was signing. So a lot of different things. And obviously the stuff he does on the training pitch is exceptional.

"So it's great for me to be able to learn off him and find out what he thinks I need to do to improve my game and play under him. It's been a pleasure. 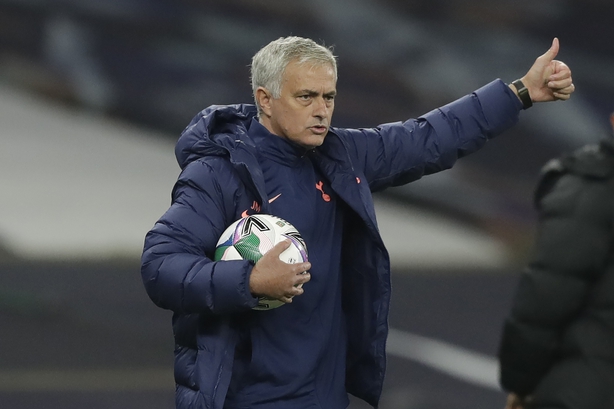 "Once I knew there was interest, it was pretty straightforward that I wanted to come to Tottenham and play for Tottenham this season. Fortunately for me, it's managed to happen.

"He sent me a picture of the top. Just nice little things like that, that he didn't have to do. I have to say the club's been exceptional since I've been here. Not just him but general staff.

"When I came here, people tried to help me settle in, find places to live, etc. They've really gone above and beyond so it's made the experience really, really top class."