Aston Villa moved into the Premier League top four after they strolled to a 3-0 win at Fulham thanks to goals from Jack Grealish, Republic of Ireland midfielder Conor Hourihane and Tyrone Mings in a lopsided contest.

The result left Villa, who narrowly avoided relegation from the top flight last season, fourth on a maximum six points from two games while promoted Fulham are bottom with no points after a third successive defeat.

Villa will be pleased with their clinical finishing but it was more shambolic defending from Fulham, who have conceded 10 goals in their opening three matches, which made the visitors' job easier at Craven Cottage.

Grealish fired Villa ahead in the fourth minute when he took a simple pass from John McGinn into his stride and drilled a low shot past goalkeeper Alphonse Areola from a tight angle. 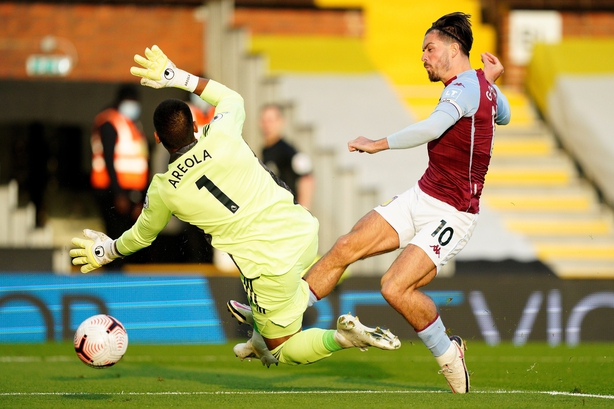 Hourihane doubled their lead in the 15th after a lightning quick move down the left flank as McGinn racked up another assist when he teed up the Ireland midfielder to sidefoot the ball into the bottom corner.

The match was over as a contest in the 48th minute when Villa's England centre back Tyrone Mings ghosted into the penalty area and turned in a predictable cross from the left with Fulham's defenders positioned like statues.