Shamrock Rovers took another huge step towards the SSE Airtricity League Premier Division title with a comfortable victory over an understrength Dundalk at Oriel Park.

Three goals in eight minutes before the break from Jack Byrne, a David McMillan own goal and an Aaron McEneff penalty pretty much wrapped up the win for Stephen Bradley's side with Byrne adding a second four minutes from the end to extend their lead at the top of the table to eight points with just five matches to play. 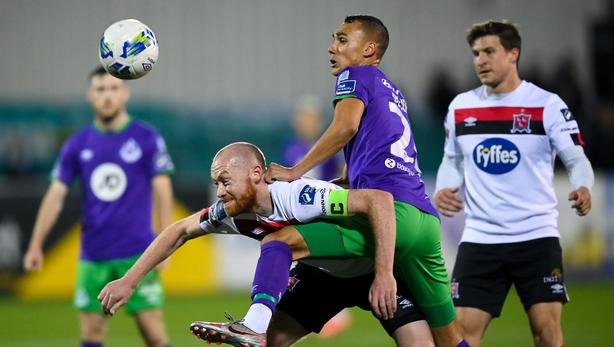 Reigning champions Dundalk, coming into the game on the back of their penalty shootout victory away to Moldovan champions Sheriff Tiraspol 72 hours earlier, made 10 changes to their side with one eye on Thursday's Europa League play-off game against KÍ Klaksvik at the Aviva Stadium.

Captain Chris Shields was the sole survivor for Filippo Giovagnoli’s men as he misses the clash with the Faroese side due to suspension.

The line-up showed where the Louth men’s priorities lie after attempts to have the game postponed were rejected by the FAI.

Their 26-match unbeaten league run at home, stretching back to a 2-1 defeat against the Hoops in August 2018, is now over with what was their heaviest home defeat since a 5-0 loss to Kilkenny City in July 2005.

For Rovers, they now need just eight points to be crowned champions for the first time since 2011.

The visitors were largely on top from the off with Graham Burke pulling a 10th-minute chance wide before Aaron McCarey did well to deny Ronan Finn six minutes later.

Dundalk did manage to fashion a good opening of their own on 31 minutes when Nathan Oduwa burst up the left past Lee Grace before pulling back to McMillan but he was denied by a smart stop from Alan Mannus.

Within five minutes Rovers had the lead. Finn found space on the right to pull back to Jack Byrne, who despite fluffing his initial attempt, still had the time to scuff the ball home despite the efforts of McCarey and Shields.

Byrne then almost repaid the favour to Finn immediately when he burst from midfield to play the former Dundalk player in on the right but the 33-year-old blazed his effort over. 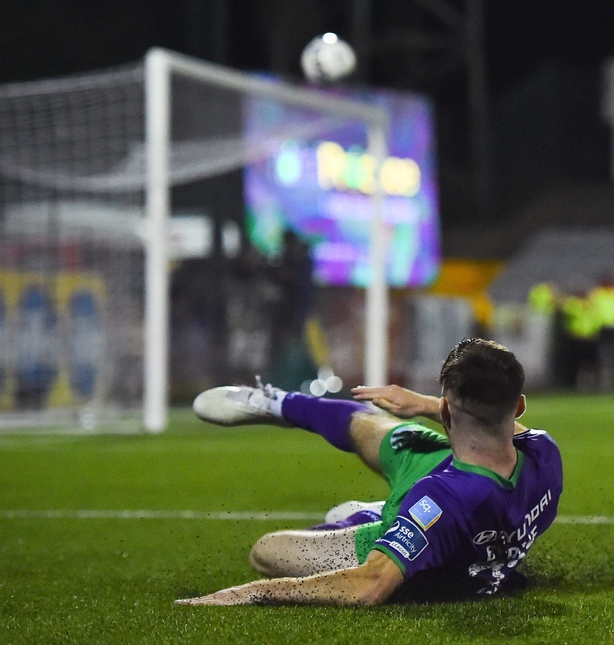 It was 2-0, however, on 41 minutes when a Byrne corner saw Scales get away from Will Patching with his header finding its way to the net off the unlucky McMillan.

Jordan Flores then fired over a good chance for the home side to respond immediately but the game was effectively over as a contest on 44 minutes when Rovers were awarded a penalty after Patching was adjudged to have pulled back Lee Grace from another Byrne corner.

Aaron McEneff then stepped up to slot the resultant spot kick past McCarey to leave it 3-0 at half-time.

The second half was largely a dead rubber affair. Rovers had a couple of half chances charged down by Shields early in the half while Dundalk went closest to scoring on 72 minutes when Joshua Gatt was picked out in space at the edge of the box only to fire well wide.

A brilliant Jack Byrne goal from a tight angle put the icing on the cake for @ShamrockRovers against Dundalk tonight @RTE2 #RTEsoccer pic.twitter.com/CV6S2HfuVp

Rovers would complete their win six minutes from the end when Byrne rounded McCarey wide on the left before brilliantly firing in to an empty net from an acute angle.