Jose Mourinho says Dele Alli still has a future at Tottenham, despite being left out of the 5-2 win at Southampton.

Alli, who was substituted at half-time in last week's defeat to Everton, was not involved in the matchday squad at St Mary’s Stadium, having also not travelled to Bulgaria for a Europa League qualifier on Thursday.

Reports have linked him with a move to Paris St Germain, but it's understood that Spurs expect him to still be at the club at the end of the transfer window.

Alli was training at the club’s north London base while Son Heung-min scored four and Harry Kane added another in a romp on the south coast.

Mourinho put Alli’s absence down to an unbalanced squad, with the 24-year-old competing with Erik Lamela, Steven Bergwijn, Lucas Moura, Son Heung-min and Giovani Lo Celso for a place in the team.

The Portuguese has hinted players will need to leave, but it does not necessarily have to be Alli, even though he declined the chance to say it outright.

"I want a balanced squad, that’s what I want," he said when asked whether he wanted Alli to stay. "No he doesn’t need to be sacrificed, but the squad is a puzzle.

"I’m not responsible for the market. I don’t know how to answer your question in relation to that.

"The only thing I can say is that I left eight players behind. They stayed and trained this morning because they are a big group and Dele is amongst these players.

"You could see our team. I cannot start with all of them and I cannot have a bench without defenders or midfielders. In the same way the squad is a puzzle, the bench is also a little puzzle.

"So to have on the bench Toby (Alderweireld) and Serge (Aurier), and Moussa (Sissoko) and Gio, and Lamela, and Bergwijn.

"I cannot have on the bench four wingers or three wingers and a number 10, and then no defenders. Everything is a puzzle so in these matches that he stayed out, probably Tuesday he will play and others he will stay out." 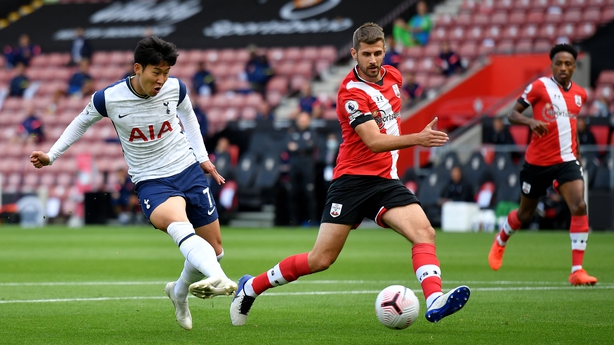 Spurs, who were disrupted by a fire alarm at their hotel at 4.45am, did not miss Alli as they produced a scintillating second-half display to earn their first Premier League points of the season.

Danny Ings put Saints ahead just after the half-hour mark but Son equalised on the stroke of half-time and then ran riot in the second half, adding three more, with all of his goals set up by Kane.

Kane then got one of his own before Ings' penalty ended the scoring on a pulsating afternoon at St Mary’s.

Mourinho explained: "In the second half Harry Kane, in my opinion, changed the game.

"His movement was tremendous, his link play was absolutely incredible and he allowed Sonny to play in a different position on the pitch.

"Gio (Lo Celso) and (Erik) Lamela, I just love when players come from the bench and add something to the team. The second half was a really strong performance for us."

Spurs will be giving opposition defences nightmares at the prospect of adding Gareth Bale to his frontline, while Sergio Reguilon will also add quality down the left.

"A coach always likes to have the best players in his squad. Gareth, when fit and in condition, is one of the top players in Europe, and Sergio was amazing last season in Sevilla," Mourinho added.

"So if you ask me if I’m happy to have these players I have to say yes I am but there are other things that make a team and make a squad."

Few will have seen this result coming in the first half as Southampton ran Spurs ragged and could have been more than one goal in front.

But their capitulation after the break had echoes of last year’s harrowing 9-0 defeat to Leicester as Mourinho’s men threatened to score every time they came forward.

It is three defeats from three now for Ralph Hasenhuttl’s side this season.

"If we made it that easy for them then we can see how much quality they have and how quick they can score," Hasenhuttl said.

"We were very naive. We had to bring some experienced players off and bring young lads in because at the moment we don’t have anyone else.

"We don’t like to lose like this, I didn’t feel that we were much worse, in the first half we should be two or three goals up.

"The game could go in a different direction. When we went down we were very naïve. If it needs such a result to get the heads clear then I will take it." 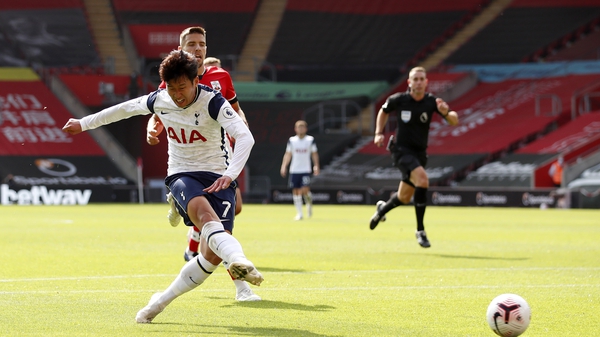