John Egan has dismissed talk of Sheffield United suffering 'second season syndrome' but insists the club cannot rest on their laurels after taking the Premier League by storm.

United were installed among the relegation favourites following promotion from the Championship in 2019 before defying the odds to secure a top-half finish.

Chris Wilder's Blades began the new campaign with a 2-0 home defeat to Wolves and will look to bounce back at Aston Villa on Monday evening.

Republic of Ireland international Egan, who has played a key role in the South Yorkshire side's remarkable rise since joining the club two years ago, is unconcerned by suggestions the team may struggle to replicate the achievements of last term.

"All I hear about is second season syndrome, getting asked that. But as a player you don't even think about it, it doesn't even cross your mind," said Egan.

"I am sure that is the same for the rest of the players here.

"Every team in this league is a really good team. It's the best league in the world for a reason so you have to prepare really well for every game.

"Last year we came up and everyone was saying, 'you're going to go straight back down' and we ended up finishing ninth, which was brilliant. But that's done now. A new league has started and we've got a big game Monday.

"If you start setting yourself targets and looking too far ahead it could come back to bite you." 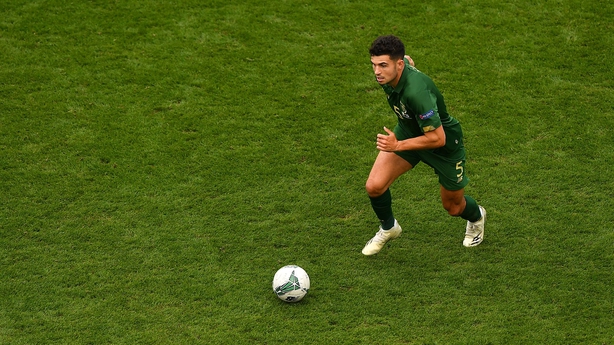 Egan, who played in both of Ireland's Nations Cup games earlier this month, looks set to go head-to-head with former team-mate Ollie Watkins at Villa Park.

Forward Watkins, who played alongside Egan at Brentford, is poised to make his league debut for Villa following a club-record £28m move.

The 27-year-old insists personal relationships will be put aside as he attempts to prevent his friend from following up a Carabao Cup goal at Burton with a memorable maiden appearance in the top flight.

"He was there when I was there so I get on quite well with Ollie. He did really well at Brentford, really well last season, after changing to a striker," said Egan, who signed a new four-year contract at Bramall Lane last month.

"Hopefully on Monday we can keep him quiet and then he can do what he wants.

"Whether you are playing against someone you know, or you don't know, the goal stays the same - work and try and get three points."