The Premier League is back, later than ever before.

Still, even with the leaves turning brown, it feels like the dust has barely settled on Liverpool's coronation as champions.

The staggered, unique finish to the season's cup competitions meant football never really paused for breath this year, slowly trudging through the summer to pick up the baton again.

What's interesting heading into this campaign is how clubs have dealt with the complete rug-pull that was the Covid-19 pandemic.

Liverpool won the league by 18 points, obliterating the field in a ruthlessly relentless march to their first title for 30 years. They looked primed to enjoy a period of dominance, but then the world got turned on its head and their carefully calculated plans were scrunched up and tossed in the bin.

Owners FSG are prudent. They cut their cloth to fit and with revenue streams affected badly by the lack of crowds at games, plus the continued uncertainty around TV money, the Americans are being cautious about how they use their funds.

Now, part of Liverpool's fanbase seem to be consumed by frustration and concern at the Merseysiders' apparent reluctance to make the most of their ability to attract the biggest talent around. Will it allow the chasing pack to reel them in?

If nothing else, we should see a far more interesting title race this time around.

Leeds United, West Brom and Fulham are the three clubs to come up from the Championship and they should all bring something to the party, while the likes of Everton, Spurs, Arsenal, Wolves and Leicester are aiming to either kick on under relatively new bosses or build on the solid platforms they laid down last term. 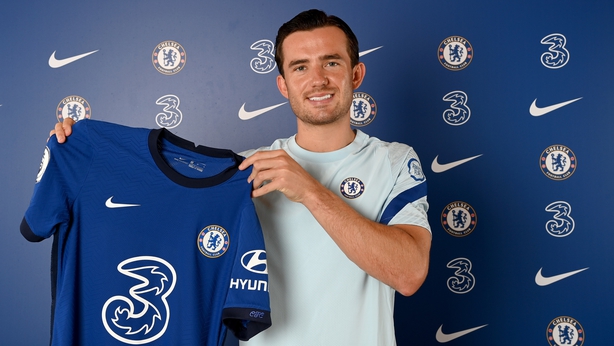 The agitation among some of the Liverpool support has been intensified by rivals swooping in for previous targets.

Timo Werner looked nailed on to link up with Jurgen Klopp pre-pandemic but Liverpool's reluctance to meet his wage demands and RB Leipzig's transfer fee left the door open for Chelsea to lure the exciting 24-year-old attacker to Stamford Bridge.

Frank Lampard has been busy. Thiago Silva, Ben Chilwell (above) and Kai Havertz (another one who'd been linked to the Reds) have all arrived at Stamford Bridge while a deal for Ajax playmaker Hakim Ziyech was agreed back in February. It doesn't look like the spending has finished there yet either.

Manchester United were transformed by the signing of Bruno Fernandes from Sporting Lisbon at the end of January. His intelligence in the middle of the park has benefited the likes of Mason Greenwood and Anthony Martial, with United producing a sustained run of excellent performances, albeit they fell short against Sevilla in the Europa League semi-final.

The capture of Ajax's Donny van de Beek should add even more guile to their engine room while the Jadon Sancho rumours keep rumbling. United, now back in the Champions League, obviously feel they can flex their muscles more in terms of luring the big guns to Old Trafford.

More realistic than a Sancho swoop however is the acquisition of another centre-back and possibly a left-full. 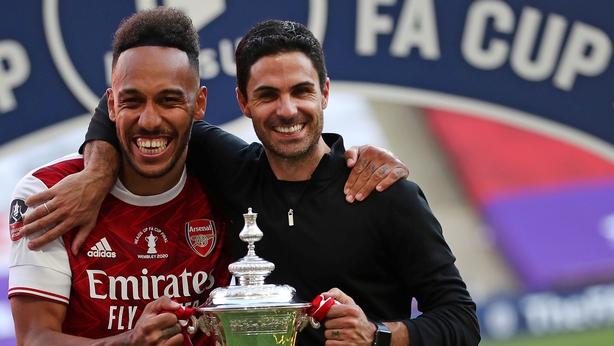 A resurgent Arsenal bounce into the new season off the back of a morale-boosting Community Shield defeat of Liverpool.

Mikel Arteta has added Willian and defender Gabriel Magalhaes to the ranks. Pierre-Emerick Aubameyang has yet to sign a new deal but the Gunners are confident he will, which is of major significance to Arteta. He's spoken publicly about the need to operate on a tight budget. Losing his top striker would be a desperate blow.

Manchester City - who, like Manchester United, get an extra week to prepare for the big kick-off due to their European involvement - looked like they were frontrunners to pull off a humongous summer transfer when Lionel Messi got the hump with Barcelona.

That won't happen for at least another year now but the dethroned champions will be desperate to get much closer to Liverpool and with a fair bit of surgery to perform on his squad, Pep Guardiola looks certain to dip into the transfer market a few more times before the window shuts on 5 October.

Let's not forget how good Klopp's team were last season though.

Liverpool haven't been completely idle in the transfer market either. Greek international Kostas Tsimikas was bought to provide cover/competition to Andy Robertson, with January signing Takumi Minamino enjoying an impressive pre-season having had more time to bed in.

Youngsters Curtis Jones and Harvey Elliott will also be expected to offer more this year, as will Cork's Caoimhin Kelleher, who may even usurp Adrian as the No 2 to Alisson if he continues to impress.

There's a sophisticated brains trust behind the scenes on Merseyside. Talk of Liverpool slipping from their perch as quickly as they reached it is likely to prove premature. They'll still take some stopping. 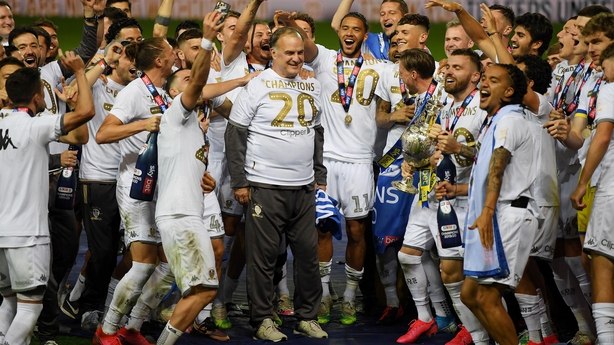 Everybody's talking about Leeds again. They ended a 16-year exile from the top flight by winning the Championship and they aren't messing around.

In comes £27m Spanish striker Rodrigo (replacing Rio Ferdinand as the club's record signing), German centre-back Robin Koch, Helder Costa and lan Meslier. They've been further linked with a string of players over the last week but their biggest star will arguably be sat on a bucket by the side of the pitch.

Marcelo Bielsa is a coach's coach. Guardiola and Mauricio Pochettino have been particularly vocal about the influence he has had on their careers, and his ultra aggressive, exciting approach will be great to watch.

Leeds go to Anfield on Saturday evening and that promises to be a belter. They play with a high line and love to press - just like Liverpool. Bielsa will be burning the midnight oil to plot the champions' downfall, but whether their high-risk, high-octane approach is sustainable across a whole Premier League season, only time will tell.

West Brom finished second to Leeds in the Championship. It's only two years since they were rubbing shoulders with the  big boys. Now, under the guidance of Slaven Bilic, they're back

The excellent Matheus Pereira provides creativity from midfield while Ireland forward Callum Robinson gets another crack at the Premier League having made his loan move from Sheffield United permanent. Bilic's move for West Ham winger's Grady Diangana could prove very astute, and Irish fans will also be keeping a close eye on how young defender Dara O'Shea fares after a breakthrough season.

The last time Fulham got promoted in 2018 they spent over £100m in the summer transfer window and then ended up going down. This time, after Scott Parker steered them up via the play-offs, things have been much more practical at Craven Cottage.

Parker will probably add to his panel in the next month but the priority was tying key players down to longer contracts and keeping hold of top marksman Aleksandar Mitrovic. Parker, 39, has done a good job there so far; his even-handed approach should give the Cottagers a fighting chance of staying up.

A condensed season that will be played out over the course of eight months, no fans in the grounds (for now anyway), a transfer window that extends to October, and relaxed financial fair play rules means there could be a couple of wild cards.

With clubs permitted to write off any losses or extra spending caused by the pandemic, the likes of Everton have taken advantage. The Toffees were close to breaching FFP rules and were in danger of having to cease any significant spending this summer despite clearly needing an injection of quality.

Now, Carlo Ancelotti has been able to bring in Allan, Abdoulaye Doucoure and James Rodriguez.

The skewing of pre-season schedules and dense fixture list through the winter months is going to reward those clubs with big deep squads and perhaps lead to some interesting rotation.

Jose Mourinho at Spurs, Ancelotti at Everton, Arteta at Arsenal and David Moyes at West Ham all lead their clubs into a new season for the first time and all have various expectations they need to fulfil.

No matter what way it plays out, the landscape is certain to change by the time we reach Christmas.

Follow Liverpool v Leeds via our live blog on RTÉ.ie/sport and the RTÉ News app.