Scotland's Nations League match against the Czech Republic on Monday will go ahead as expected with their opponents set to call up a completely different squad.

Steve Clarke’s plans were thrown into disarray late on Friday night when the Czech FA declared the fixture set to be staged in Olomouc had been called off amid a coronavirus threat.

This followed West Ham midfielder Tomas Soucek and RB Leipzig striker Patrik Schick being told to self-isolate following contact with a backroom staff member who tested positive for the virus.

But a spokesman for UEFA said in a statement that, "the match is going ahead as scheduled."

And on Saturday, Scottish FA chief executive Ian Maxwell expressed his satisfaction that the fixture could be completed after they got "categorical assurances" the tie will be played in a safe and secure environment.

He said in a statement: "We were as surprised as UEFA to learn of the statement posted on the official FACR channels last night.

"Following extensive conversations late last night and this morning we have received categorical assurance that the match goes ahead.

"Furthermore, Czech Republic have confirmed they will be able to fulfil their obligations to the match and, more importantly, to the stringent Covid-19 testing regime that is sacrosanct to ensure the safety of our players and staff.

"While we empathise with all national associations during this period of global uncertainty, none the less we required and received absolute assurance that we will be entering a safe and secure environment having worked diligently in Scotland to maintain safety and adherence to UEFA's necessary Covid-19 protocols." 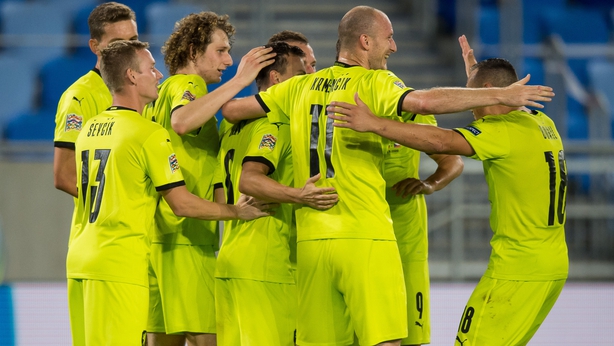 This was followed by an announcement from the Czech national team, which read: "Monday’s Nations League match between the Czech Republic and Scotland will go ahead as planned after negotiations between the Czech FA and UEFA representatives.

"Czech team will consist from new players and staff members."

Clarke’s squad are set to travel to Olomouc on Sunday and prepared as planned on Saturday.

After Czech’s 3-1 win over Slovakia on Friday, the football association for the country based in Central Europe announced they would not face Scotland on Monday.

This was "due to representatives’ decision and the current situation with the Covid-19" but the Group B2 fixture will take place.

The Czechs risked forfeiting points should they not take to the field after UEFA last week announced principles for scenarios where Covid-19 affected fixtures, stating that a game would go ahead as long as a team had at least 13 players available, including a goalkeeper.

If a national team does not have 13 players, the match will be rescheduled, and if it cannot then UEFA’s disciplinary body will take a decision.

Czech top the group after Friday’s win while Scotland were pegged back at home to Israel and could only pick up a point despite Ryan Christie’s opener.