Former Republic of Ireland underage international Jack Grealish says he has always felt English and that he played for Irish youth sides because "that's what felt right" at the time.

The Aston Villa captain was a late addition to the England squad for September's Nations League fixtures against Iceland and Denmark having been previously overlooked for a senior cap.

He had officially switched allegiances from Ireland to England in 2015, having represented the Boys In Green at Under-17, Under-18 and Under-21 level, latterly winning the Republic of Ireland U21 Player of the Year gong at that year's '3' FAI International Football Awards

But speaking to Sky Sports, the 24-year-old said that he had always felt English.

"Since I was a kid, I've felt like I'm English. My family are English, it was just my grandparents who are Irish and when I was a young kid I was playing for Ireland because that's what felt right," he said. 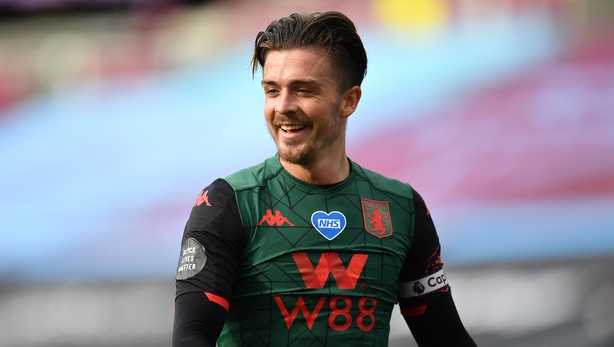 He added that after making the switch in international allegiance, he did not expect to have had to wait as long as he did to receive an England senior call up.

"I've had a bit of an unusual career, I was 19 when I said that I would like to change from Ireland to England, and at the time I didn't think it would take five years," he said.

"I had a chat with my parents, with Roy Hodgson who was the manager at the time, but you know it didn't happen for certain reasons.

"We ended up getting relegated that season, and I've been in the Championship for three years now so it's just a relief it's finally come and hopefully I can be here to stay."