Gary Owens has ruled himself out of the running for the position of the Football Association of Ireland's permanent CEO.

A statement released by the association this afternoon confirmed that Owens had informed Chairman Roy Barrett on Wednesday that he would not be looking to continue his role on a permanent basis.

This would appear to open up the door for favourite Sarah Keane, who is currently the President of the Olympic Federation of Ireland. 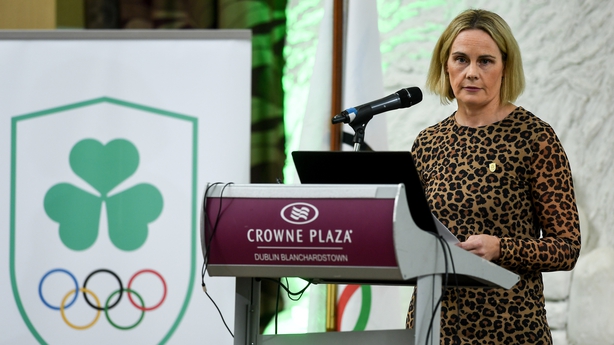 Owens said that his objectives had been achieved after an EGM on Monday night saw delegates vote to accept governance change.

He was appointed to the position in January on an interim basis, having previously held similar roles with Down Syndrome Ireland and Athletics Ireland.

"On Wednesday, I informed our Independent Chairman Roy Barrett that I will not be seeking appointment to the role of permanent Chief Executive of the FAI," he told FAI.ie.

"My objective in taking the interim role of Chief Executive was to help put the Association into a stable financial position with a new structure that would allow the Association to move forward with confidence.

"Over the last six months, we have delivered a financial package to ensure the solvency of the Association, have put a new Senior Leadership and a new International Management team in place and I am confident that this new team will bring the Association to a new level for the benefit of all.

"This team will have the support of our members who provided overwhelming support for the constitutional and governance changes required for sustainable reform at our EGM last Monday.

"I am also very proud of the role our staff played in delivering protocols for a Safer Return to Football for our members post COVID-19 in really difficult circumstances.  I have really enjoyed working with all the staff at the FAI and I would like to thank Roy and the Board for appointing me as Interim CEO in February.

"I would also like to acknowledge the strong support provided by all our key stakeholders - Sport Ireland, the Department of Sport, UEFA, FIFA and Bank of Ireland - during what has been a very difficult time for the organisation. I am delighted that the members fully endorsed all the work completed during that time.

"I have confirmed to the Board that I am happy to provide interim leadership support during any transition period up to the appointment of a permanent CEO and I look forward to seeing the Association continue to develop in line with the strategy.

"I am now looking forward to reverting to my original plans in the business world."