You can't tell the full story of Shamrock Rovers' Europa League battle against Juventus a decade ago without mentioning the music.

Michael O'Neill's men had come through a tricky tie against Israel's Bnei Yehuda in the second qualifying round to set up a meeting with one of the Continent's most illustrious names.

A brace from Brazilian-born Italy international Amauri gave Juve a 2-0 win in Tallaght but the travelling Hoops were denied the chance to grace the Stadio Olimpico in Turin for the return leg.

Instead, they had to head over 290km south-east to Modena, displaced because another travelling party from Dublin - U2 - were in Turin to showcase their 360° Tour.

So the heavens opened at Stadio Braglia and Allesandro del Piero settled a tight game with a magnificent free-kick.

Defeat in a monsoon - but great memories, and ones which proved a launchpad for the manager and the team. 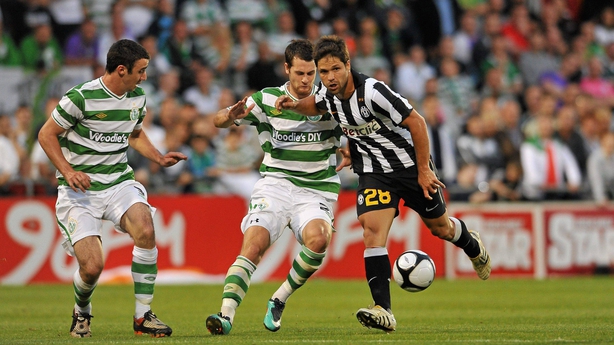 Rovers made the group stages the following year, with O'Neill going on to enhance his reputation even further with Northern Ireland, whom he led to Euro 2016.

Stevens signed for Aston Villa at the end of 2012, when he was 22, and though his journey has had its ups and downs, his stock now has never been higher.

He knows the opportunity a game against one of the big guns represents for ambitious young players.

"It's huge, brilliant... brilliant to see and hopefully I'll be able to watch it," said the Sheffield United man when reflecting on his old club's looming Europa League showdown with another Italian giant, AC Milan.

"It's a bit disappointing that the fans won't be there but it's still a huge tie.

"It was a massive occasion for me personally, Juventus coming to Tallaght. It was some experience.

"It's a chance for Rovers to show what they can do. They've got to have that belief that they can go and win the game. It's a one-off game, especially at home, it's going to be some experience but it shouldn't faze them.

"They should go out there and express themselves.

"There's always a chance, especially in a one-off game. They play a nice style of football. Hopefully they can make a game of it."

There could have been another delicious twist to the the tie had one of the more intriguing summer transfer rumours come to pass. "It would have been strange if Jeff Hendrick [linked to Milan before heading for Newcastle] had been making his debut in Tallaght!" Stevens laughed. 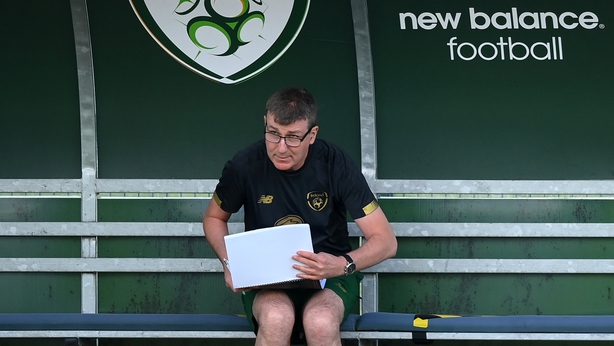 The defender was speaking after his first day of training under new Republic of Ireland manager Stephen Kenny, who was managing Derry City when Shamrock Rovers were rubbing shoulders with Juve.

Both men find themselves in vogue these days. Kenny's attractive brand of football, as much as the scale of his achievements, was key to him landing the Ireland job, while Stevens has emerged as one of the Premier League's leading attacking full-backs, a position that seems to have grown in significance since Pep Guardiola and Jurgen Klopp effectively weaponised the position within their own supreme teams.

Many other sides have followed their lead. Tottenham have just spent £15m to lure Dubliner Matt Doherty from Wolves and Kenny said himself that he rates a back four of Shane Duffy, John Egan, Matt Doherty and Enda Stevens as potentially one of the best international defences in Europe.

"It's obviously a big compliment," Stevens said of that appraisal, "but it's down to players to produce that level of performance consistently to maintain that.

"You can't take your foot off the pedal. There's a lot more freedom to go and express yourself further up the pitch.

"Matt's stats are crazy for someone whose playing playing at full-back. He's scored a lot of goals and got a lot of assists over the last two seasons. He's been excellent as a wing-back over the last few years. It's just a new dimension for teams, the way they can play, and it's a positive one for us.

"We were all delighted for Matt. It's a brilliant move for him. He's come a long way from his Cabra days! Everyone is just delighted for him, it's unbelievable." 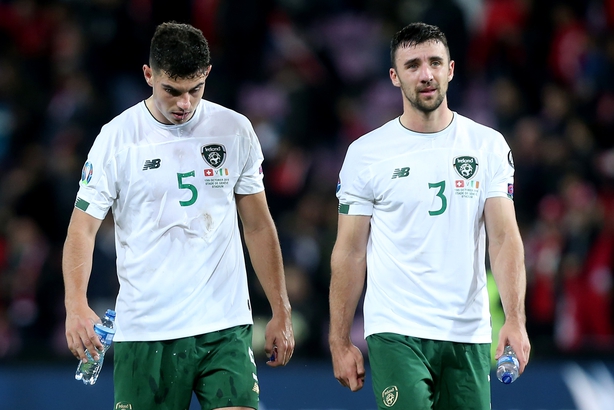 Stevens' clubmate Egan is another player who's matured under the astute guidance of Chris Wilder at Bramall Lane.

Egan has filled the gap left by Richard Keogh at the heart of the defence to form a very solid partnership alongside Duffy. Stevens describes the Corkman as "a born leader".

Life under Kenny will be different for these Ireland players. He is determined to set his side up to play, with the likes of Stevens and Doherty likely to really benefit from a more progressive, expansive approach.

"I think he just wants to instil confidence in us to play, to get out on the front foot and play," the 30-year-old added.

"It is different. The players just have to buy into it and listen to what he has to say. In the training session today we were doing a lot of work. We're learning. Hopefully on Thursday [against Bulgaria in the Nations League] we can do it on the pitch.

"You can see his passion in the meetings. He really wants us to do well, he wants us to go and express ourselves, to show what we can do when we step out on to the pitch.

"It's all kind of fitting into place now. It's something we're looking forward to."