Sligo Rovers manager Liam Buckley was impressed with the latest crop of talent from UCD after the Bit O'Red were given a scare in the Extra.ie FAI Cup last night.

Sligo went 1-0 down to Paul Doyle’s goal before mounting a comeback to seal a 3-1 victory and a place in the quarter-finals.

Doyle was the standout player on the pitch in the first half, with Andy Myler’s side producing the usual brand of football associated with College down the years, before Sligo improved in the second period. 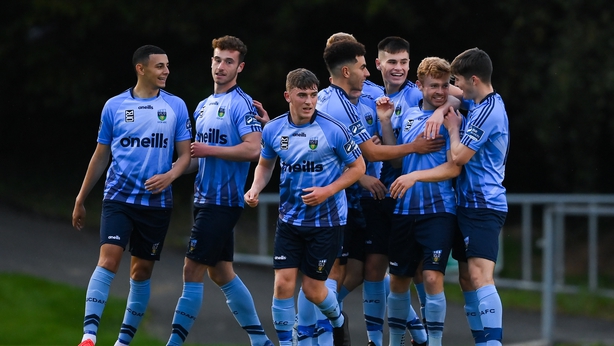 Buckley told RTÉ Sport: "In fairness to UCD there wasn't a lot between the teams in the first half. They played really well, they passed it well.

"Andy Myler has them playing well and I can see them being right in the mix for promotion. It was always going to be a banana skin from our end of it.

"I thought in the second half we controlled it a lot better. We had quite a few chances and bagged our three goals.

"You're always concerned when you concede and especially in a Cup game because you only have one chance in the Cup.

"We regrouped at half-time and there was more drive and commitment in relation to getting forward. I think we deserved our win."

The victory puts Sligo into the last eight. Buckley led them to the semi-final last season and is keen go further in the tournament this year when it resumes in November.

"A Cup final is probably the best day of the season. As I said to the boys, it's important for them as a group to do as best as they possibly can, and it's more important for the fans. I have no doubt they've all been watching tonight [on WatchLOI].

"We have to make sure in the quarter-finals, and hopefully a semi-final and final, that we put in 100% effort like we did tonight. It took serious concentration to break down this UCD team." 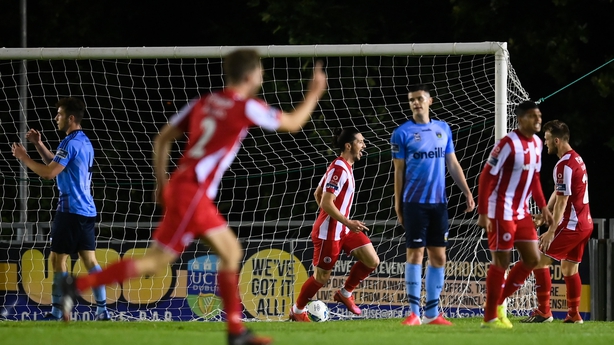 Ronan Coughlan struck his fourth goal of the season. The striker has been one of the best players in the league since the resumption of football a month ago.

The former St Pat's boss said of his leading scorer: "Ronan's goal was great, the passing up to it was very good. I'm delighted for him. As a centre-forward, having been there myself, you're not going to score every chance you get. As long as keeps getting chances, he'll keep scoring goals. He has done really well for us."

Myler rued UCD missing opportunities and the concession of the equaliser when they had Sligo rattled.

"We started the game really well. We got a goal, we were on top. If a mistake was made in the first half, it was to give them a goal from a set-piece which let them back into it. It gave them some momentum.

"Sligo were probably the better side in the second half. We huffed and puffed a little bit. We had our own chances, we had a really good chance at 2-1 to get straight back into it.

"The difference in the game was Sligo being more clinical, that bit of Premier Division experience that hurt us in the end."

The focus now turns to the promotion race in the First Division, with Wexford and Galway United visiting the UCD Bowl in the next week.

"We'll hope to draw a line in the sand and go again next Friday and Monday. You could throw a blanket over all of the team in the division. It'll be fascinating to the end.

"A couple of wins can really shoot you up to the table. We have to focus on that now. We have a couple of home games coming up. We'll be looking for six points."