Bohemians have promised to "not squander" the financial windfall received from Matt Doherty's transfer from Wolverhampton Wanderers to Tottenham Hotspur which went through this morning.

The fee for Doherty is undisclosed but has been reported to be in the region of £15million.

Bohs will receive 10% as part of the agreement from when Doherty left Dalymount for Wolves over a decade ago. That would be in the region of around €1.7m if the reported figure is true.

The move stemmed from a friendly match between the sides when the defender caught the eye of then Wolves manager Mick McCarthy in 2009.

Bohs endured years of financial hardships in the early part of the last decade as their members voted to sell their ground to a property developer in 2006, which ultimately came unstuck during the financial crisis.

The agreement was for Bohs to move to a new stadium at Harristown near Dublin Airport.

The move did not transpire and left the club with debts of several million euro, which they helped to clear by eventually selling the stadium to Dublin City Council in 2015.

In the last few years, Bohemians have become debt-free through strict financial management, which has been aided by an upturn in fortunes on the pitch while operating on a very low budget compared to when they were winning league titles around the time of the sale of Doherty.

Bohs secured €250,000 last year through qualification for the Europa League after finishing third in the SSE Airtricity League Premier Division.

They were beaten on penalties by Fehervar of Hungary on Thursday, narrowly missing out on an additional €280,000 which was on offer for reaching the next round. 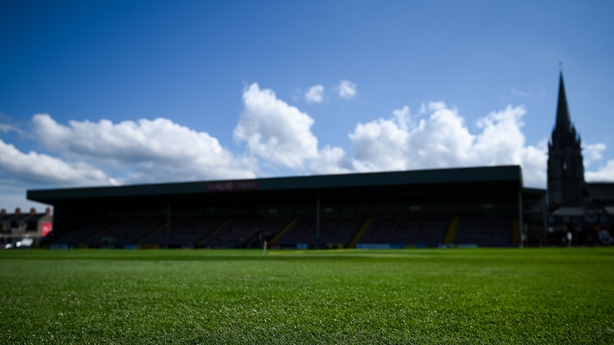 The surprise transfer of Doherty has now transformed the balance sheet for the north Dublin club, who sat on the clause for over a decade while he played with Wolves, and now comes at a time when they are seeking further growth.

Bohs board member Matt Devaney admitted this morning that he has had Doherty's contract saved on his desktop for the last 10 years "in the hope this might happen".

Sadly, financial struggles have led to many League of Ireland clubs forfeiting such clauses, including as recently as this year when Cork City gave up potentially millions of euro from sell-ons for Sean Maguire and Alan Browne for a sum of €500,000 in order to secure a Premier Division licence this season.

A planned redevelopment of Dalymount by DCC and the FAI has yet to start, but the funds will certainly help Bohs' position for the time away from the stadium when work is ongoing.

Chief Operating Officer Daniel Lambert, who was a long-time volunteer at the club and has been appointed to the role as an employee due to the increased workload in running the club, described it as a "seismic" moment for them.

He tweeted: "It's happened. Best of luck to Matt Doherty, for Bohemians this is fairly seismic."

As Bohs sit in the second place in the league, now challenging for the title against all expectations with nine matches to go in the league, Lambert has promised not to let the revenue distract from their goals.

"We will not squander it, we will adhere to our sustainable strategic planning. [We will] keep on growing and improving, building a club with clear values on and off the pitch."

After many dark days which followed the club agreeing to walk away from Dalymount for millions of euro, and a journey back towards the top which included becoming a community-focused club again, Bohs suddenly find themselves in a better financial position than nearly every other club in the country.

Lambert concludes by saying: "Karma has arrived for us."