Forget about the goals conceded and ignore the league table standings.

Instead, Bronagh Kane feels people should view Bohemians in terms of their improvement.

The Dublin side are only four games into their first ever Women's National League season, so Kane reckons it is far too early to make judgments on a squad that only came together a couple of months ago.

Kane knows all about the struggles in this League from her time with Kilkenny United, but the Tullamore native believes things are different with Bohs and sees plenty of reasons to be upbeat.

"If you look at our first four games, we have come up against the top four teams from last season so we knew what we were going in against and how difficult it would be for us as a new team," said the Bohs forward.

"But with each game you can see improvement and hopefully in our next couple of games we can push for a win. None of the teams in the League this year are weak so it's really all about the game on the day and how each team performs.

"We play Treaty United next and they had a big result in their last game by beating DLR Waves. I think that result shows that any team can take points off each other and that is what we are aiming for.

"I think we are getting more comfortable playing together and we are starting to gel more as a team."

Bohs have also scored two goals - with Kane getting one of those - and with their passing accuracy staying around the 55% mark, they are starting to make more of an impact on games.

Kane admitted that manager Sean Byrne is the driving force behind their steady progress with his meticulous preparation, his attention to detail and his passion rubbing off on each of the players.

As they enter into week five, Bohs are looking up the table feeling that they can get that first win.

For Kane, it is simply only a matter of time. 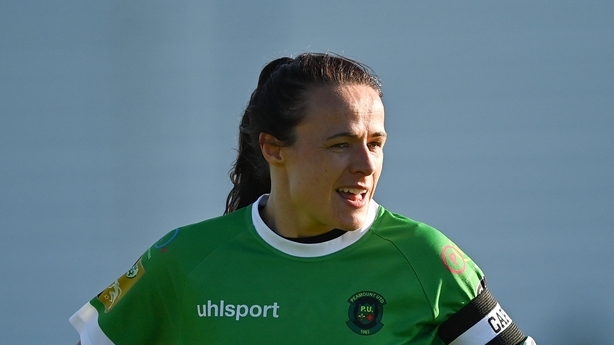 Peamount have made a perfect start to the campaign - three wins from three - and they'll be confident of extending that run against winless Athlone.

Wexford Youths were forced to postpone their clash with Galway United last week after a player was found to have been in close contact to somebody who tested positive for Covid-19.

They get back to business at Tolka Park where table-toppers Shelbourne provide formidable opposition. Shels - who've had Jamie Finn, Isibeal Atkinson and Jessica Ziu  called up to Ireland - have won four out of four, while Wexford have two victories out of two. Something has to give.

Cork are another side still waiting to pick up a point having lost their three clashes to date. They welcome DLR Waves to Bishopstown, after last Tuesday's clash against Treaty United was called off due to a suspected Covid-19 case in the Treaty camp.

DLR Waves have one point on the board - they've drawn one and lost two.

Treaty United confirmed on Friday that they've been cleared to get back in action after that Covid scare.

Bohs meanwhile are desperate for a first win. The division's newest club have endured a tough start to the campaign but morale remains high as they head for Limerick. 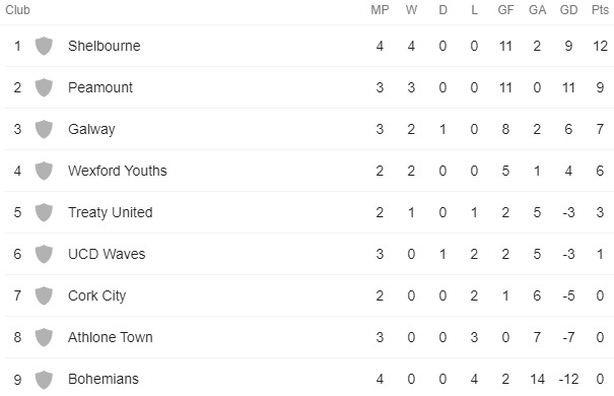