The 35-year-old has signed a one-year Stamford Bridge contract, with the club holding the option of adding another 12 months.

Silva's eight years in France ended with PSG's 1-0 Champions League final defeat by Bayern Munich, and the Blues have moved quickly to tie up a deal for the 89-cap Brazil star.

Silva ought to be approaching the twilight of a glittering career but Chelsea insist he has the evergreen and elite qualities to provide a significant boost to Lampard's reshaped Blues.

"We are delighted to be able to add a player of Thiago Silva's proven world-class credentials to our squad," said Chelsea director Marina Granovskaia.

"Having performed at the highest level for many years, we have no doubt his experience and quality will complement the many exciting talents we already have here.

"Thiago will be an excellent fit and we hope he can add some new trophies to his impressive list of honours." 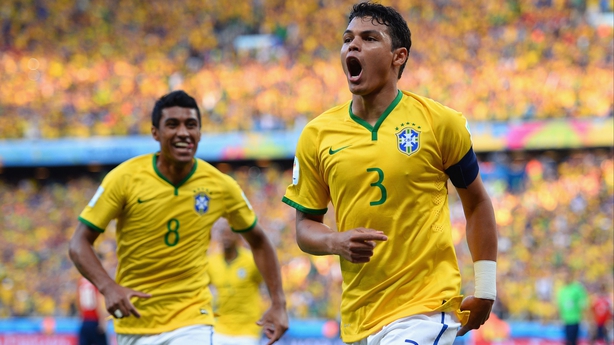 Silva's age profile represents a clear departure from Chelsea's usual protocol of focusing major signings on players edging towards or already in the prime of their careers.

But Lampard's desire for a leader at the heart of his defensive reshuffle has proved critical in the cool-headed Brazil stopper's arrival.

The former AC Milan star will also doubtless be able to act as an auxiliary coach to the Blues' young defensive talents, like Fikayo Tomori and Reece James.

Chelsea's revamp under Lampard continues at a relentless pace, with the club still working hard to complete a deal for Bayer Leverkusen forward Kai Havertz.

Germany striker Timo Werner and Morocco winger Hakim Ziyech have been on hand and training with the Blues squad for some time, with both representing major new attacking weapons.

France Under-21 defender Malang Sarr signed on a free transfer on Thursday after leaving Nice, but will spend next term out on loan.

Lampard and the Blues have also long eyed a deal for Declan Rice, with the aim to deploy the England star in central defence.

West Ham have been adamant Rice is not for sale, though it is understood the Blues could yet convince the Hammers to alter that stance.

The vastly-experienced Silva wasted no time in marking out his desire for trophies on his Stamford Bridge switch, and that eye for silverware will only be reflected by both the coaching staff and the Chelsea board.

"I am so happy to be joining Chelsea, I am delighted to be a part of Frank Lampard's exciting squad for next season and I'm here to challenge for honours," said Silva.