The former Manchester United defender dropped to ground late in the game, which Ajax won 1-0 at the Johan Cruyff Arena, but was then able to walk off the pitch.

Blind, 30, was diagnosed with heart muscle inflammation after experiencing dizziness in a Champions League game last year but returned to action in February after being fitted with an implantable cardioverter defibrillator (ICD). 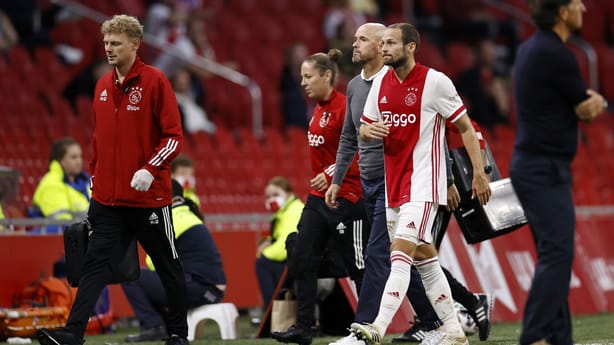 "He has no symptoms. The ICD went off and right after that he was fine," Ten Hag told Dutch television station Ziggo Sport.

"We will do some tests and wait for the results and then make decisions."

Blind has been named in the Netherlands' 32-man preliminary squad for next month's Nations League clashes against Poland and Italy.

Ajax begin their Eredivisie campaign on 13 September at Sparta Rotterdam.