Derry City boss Declan Devine believes his side missed a great opportunity to progress in the Europa League after their 3-2 extra-time defeat to Lithuania's Riteriai.

The Premier Division outfit led through Joseph Thomson's 18th-minute goal before a double from Gytis Paulauskas put the hosts in front.

"[It was] a really wasted opportunity tonight to progress from the qualifying round," said Devine.

"The manner in which we conceded the goals was very disappointing but we were very wasteful in front of goal.

"We can't afford to give any team the goals that we gave them. It’s been something that's happened in a few games this season already that we have to address. 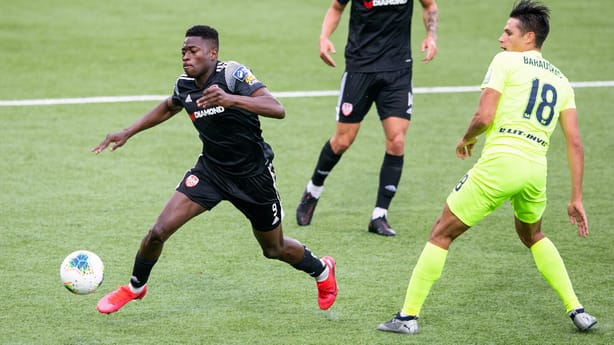 "In an attacking sense we’ve created a lot of chances and we needed to score, we needed to take another one or two and kill the game off, especially when we were one up, but we’ve given away three poor goals.

"Our management of the game wasn’t what it should have been."