FAI interim deputy CEO Niall Quinn says the WATCHLOI streaming platform has proven a worthwhile exercise and the association are now examining how the programme would work next season - and what tweaks might be required if crowds come back.

The streaming platform was rolled out in advance of the return to action on 31 July, with every League of Ireland Premier Division match for the remainder of the season available to watch, with games staggered to accommodate the service.

This afternoon, the FAI launched their half-season pass for the 2020 run-in.

Quinn said the first four weeks of the service had proven there's a market out there and the FAI were now focused on teasing out how to improve it for next season.

"Looking back at 27 days of a trial, we're happy that it's done a few things," Quinn told RTÉ Sport this afternoon.

"It has appeased season ticket holders of clubs which is good. It has given the league more exposure, certainly on social media. The numbers have been quite frightening.

"I think there's been over three million impressions on Twitter. There's been 850,000 video watched on the site of matches that otherwise wouldn't have been watched.

"The numbers are quite - I wouldn't say staggering - but it's good because I wonder where the brand would have been had we only been reliant on mainstream (TV) matches which would have been one or two a week at most.

"I'm pleased that the exposure and reach has helped clubs, it will help them further down the line with sponsorship. They've been great too, they've reached out and done their bit to bring in custom.

"As we analyse the data, we've overcome the first hurdle. Which is - is there a point in streaming? I think we can say after 27 days, the answer is yes.

"The numbers are quite - I wouldn't say staggering - but it's good because I wonder where the brand would have been had we only been reliant on mainstream (TV) matches which would have been one or two a week at most."

"This was never laid on as a silver bullet but what it will do is bring some exposure and funding in, which they're all missing out on in gate revenue.

"It feels like there's a market out there. Have we spent a fortune to cultivate that market? No. But the signs are good. And there's reasons to feel that Stage Two can happen now.

"And Stage Two will be, as the season ends, bringing the data together and facilitating a streaming structure which will be bigger and better next year. And then you're looking at what three years could be and five years could be.

"The media world has changed. Relying on mainstream media companies like RTÉ, Virgin, Eir to show the odd game, I think we've got to get in a faster zone than that.

"The important numbers are actually the people watching it - the people that purchased it are one thing - but how many are actually watching per platform and where can that grow to? And how can build on it and prove that it's worth investing in so it can ramp up?

"The product itself, we're very happy with - one or two technical glitches but that's to be expected. It feels like it's a good thing to do at this point." 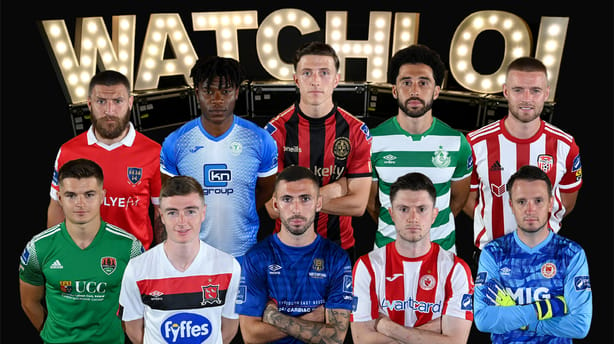 While Quinn generally sounded bullish about the early weeks of the service, he acknowledged that it would need to be analysed further once crowds return next season.

"We'll know more next year. Please God, crowds will be back next year and we'll look at who's coming, who's staying away from matches because they bought this (streaming programme). Does that hurt the clubs, etc? There's a number of things we have to look at here.

"I'd like to look at the data when our curtailed season finishes. I'd like to look at what work, what didn't work. I wouldn't rush to conclusions. It was never meant to be a silver bullet. But as trials go, I'd like to think all stakeholders were happy it was the right thing to do.