Manchester City left-back Oleksandr Zinchenko set aside some time on his wedding day to clarify comments he and his new bride made about manager Pep Guardiola in the wake of the club's Champions League defeat by Lyon.

Television reporter Vlada Sedan delivered a scathing assessment of Guardiola's tactics and posted an interview with Zinchenko to her YouTube channel after City crashed out in the quarter-finals with a 3-1 loss.

The video prompted an angry response from City supporters and Zinchenko took to social media to defend his comments.

"First of all, I didn't say anything bad or judgmental about our tactics so don't confuse my words please," he said in a lengthy Instagram post.

"On the night we lost to Lyon that doesn't mean the manager was wrong to try. If you have seen my interviews in the past and the way how I talk about our manager then you can believe me. He's number one.

"Second one about my wife. Although she is a journalist, she is also a fan ... in the video you can see her emotions straight after the game and she gave an opinion like all fans do because she wanted us to do better.

"I'm writing right now from my wedding and instead of enjoying that unbelievable moment I have to do this because I can't skip it and leave it like that." 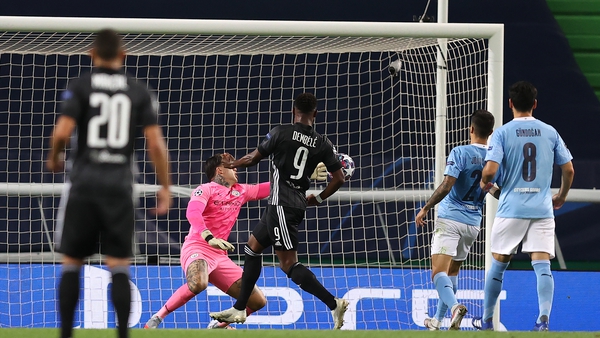