By Ronan Morrissey at RSC

Finn Harps picked up their first league victory since the opening night of the season by defeating Waterford FC 3-2 at the Regional Sports Centre this afternoon following a chaotic final 15 minutes.

The Blues had the opportunity to leap up to fourth in the SSE Airtricity Premier Division table despite dropping points at Sligo Rovers and Dundalk in their previous two fixtures, but late goals from substitutes Alexander Kolger and Adrian Delap secured the visitors' win which sees them hop off bottom spot and above Cork City.

Both managers made two changes from their most recent losses - Ali Coote and Shane Griffin returned to the Blues midfield, while Mark Coyle and his namesake Russell were drafted in by Ollie Horgan.

The Blues were the better side throughout the first half but Harps had the first opportunity to open the scoring when Shane McEleney's long throw into the box met the head of Stephen Folan, although it bounced tamely into Tadhg Ryan's arms. 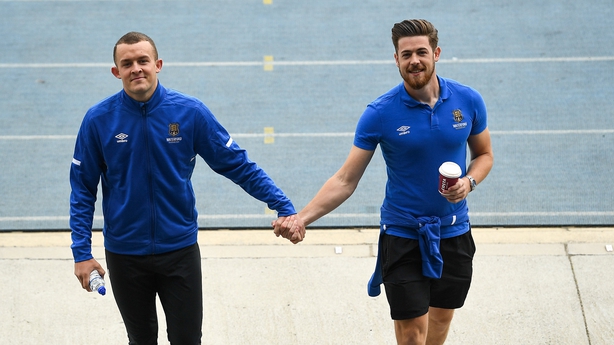 Michael O'Connor almost took advantage of a moment's hesitancy in the visitors' defence when McEleney let the ball bounce in behind him, although the forward couldn't beat Mark McGinley

But the Blues broke the deadlock minutes afterwards.

Ali Coote accepted a pass from fellow wideman Matthew Smith on the edge of the box and drilled a low shot which defected off McEleney and beyond the diving netminder.

O'Connor was denied by McGinley after the half-hour mark when he latched onto Tyreke Wilson's perfectly weighted cross and Coote almost doubled the lead from the resulting corner but the goalkeeper again pushed his curling effort wide of the posts.

The visitors were more forceful going forward following the restart although they seemed reliant on set-pieces to threaten Ryan's goal - Barry McNamee found Sam Todd's head with one dangerous corner although the wing-back could only steer it back out wide, while Ryan Connolly blazed a volley over following one cleared long-throw.

Horgan's men were enjoying more of the ball in the Waterford half and, aside from a right-footed Smith effort from distance that was comfortably collected by McGinley, the Blues were struggling.

John Sheridan's men eventually relinquished another lead in the 81st minute when McNamee's deep corner was nodded in by former Blue Dave Webster, but the lead lasted just a minute.

O'Connor flicked Robbie McCourt's long pass into the path of John Martin and the substitute drilled the ball between the legs of the McGinley, although the late chaos was only starting as the visitors replied instantly. 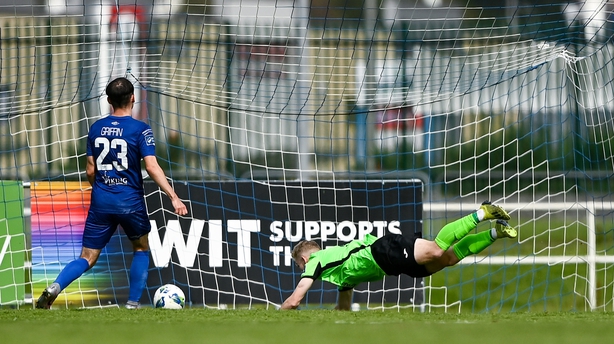 Adrian Delap assisted fellow-substitute Alexander Kolger to equalise with a powerful header, and the pair combined again in the 90th minute as the Austrian's shot was palmed across goal, allowing the winger to tuck in the winner.