There is more than a glimmer of hope for their pursuers, especially Bohemians, after Shamrock Rovers were left frustrated and devoid of ideas in face of a defiant and dogged Shelbourne.

Brilliantly set up by Ian Morris to contain the Hoops and attempt to steal one on the break, Shels were relatively comfortable, with Rovers failing to score for the second successive game.

Bohs can close the gap to just two points if they beat St Patrick's Athletic on Saturday while Dundalk – whisper it – can narrow the gap to six should they prevail in Sligo.

Perhaps more pertinent is that, for all Rovers' squad depth and talent, they showed frailties here, mainly mental ones: Shels' players would have sensed that they were gaining the upper-hand as early as the third quarter in this regard as Rovers players began to curse their individual and collective struggles.

It will be a short season but, on this evidence, there will be a title battle and an intriguing one.

Moreover, Shels need not worry about any threat of relegation if they play like this, for all that goals remain a problem. 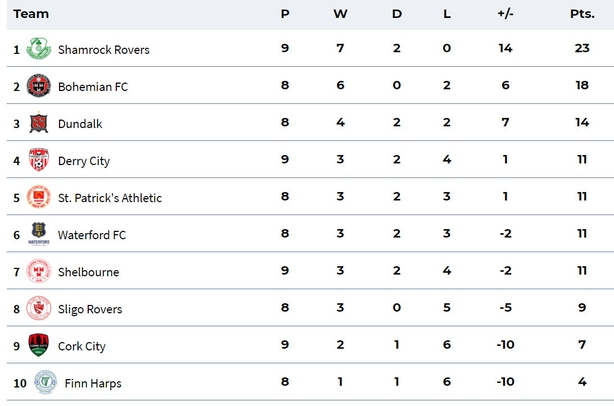 With Damien Duff watching in the crowd, his former team-mates played three at the back and almost immediately began to dominate.

Neat play by Jack Byrne and Aaron McEneff resulted in Graham Burke showcasing the power of his right foot four minutes in, Colin McCabe dealing with it well.

Two minutes later a Byrne corner was met by a stretching Joey O'Brien at the back post but his effort was parried by McCabe.

Rovers were calling the shots but not creating many, the deadlock almost undone on 21 minutes as Neil Farrugia found Burke who fizzed a shot at McCabe but it was too close to the Shels stopper.

Farrugia, signed from UCD last year, then went on a dazzling run into the box and Rovers’ bench was looking for a foul, which may have been harsh, in the box.

As long as Shels held firm they were in some contention of sorts; against that, half an hour in they had still enjoyed no territorial progress of any description and no sniff of a chance. 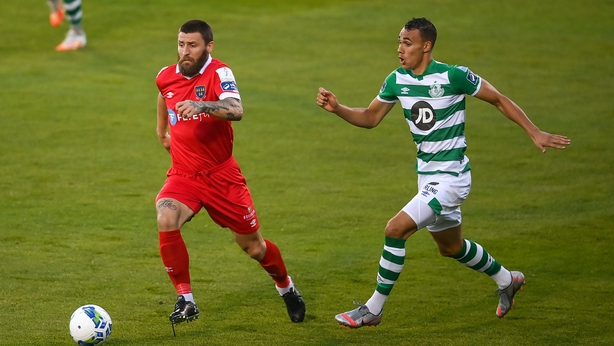 An outrageous run from Byrne just after the half-hour mark, in which he left three Shels defenders flailing, deserved a goal – rather than the ball running inches out of play near the goalpost.

Alan Mannus had nothing whatsoever to do, which can work against a keeper, and on 37 minutes he flapped at a Georgie Poynton cross that spent an aeon in the air – only for Dayle Rooney to fire over, albeit from a very tricky angle, with Mannus fashioning a bid to redeem himself by covering his angles.

Shels grew in composure and Rooney's cross had Mannus parrying: a surprising end to the first half in that the Reds were now on top.

Indeed, Rovers failing to deal with a Poynton throw, the ball bounced for former Hoop Ciaran Kilduff to drive a half-volley at Mannus, the narrative having changed in a major way in the previous ten minutes.

Byrne was remonstrating with boss Stephen Bradley, who stressed that his playmaker needed to calm down, as another Rovers attack broke down five minutes after the restart.

After a stunning pass from Byrne, the unusually quiet Aaron Greene flashed a cross beyond everyone, including Rory Gaffney, recently introduced, with a quarter of the game to debate.

Shels, who today announced the signing of Mark Byrne after the Dubliner’s four years at League One Gillingham, sensed they could nick one and so did Kilduff, who cleverly found substitute Jaze Kabia in lots of space, but the Cork native drilled over, Rovers’ defence stretched on the break.

Shelbourne goalkeeper Colin McCabe tells RTÉ Sport that he was delighted to keep a clean sheet after a man of the match performance in the 0-0 draw at Shamrock Rovers pic.twitter.com/udjOX7e5Cy

Burke did really well to race beyond Gary Deegan and find Greene, whose right-footed shot was well-saved by McCabe, who had been uninvolved for some time, with 17 minutes left.One of the benefits of behind-closed-doors combat for those fortunate to bear witness is one can hear the players and coaches – and Rovers’ frustration was increasingly evident, Pico Lopes needlessly booked for cursing at the referee with 16 minutes left.

By now, Farrugia had made way, a testament to the outstanding contribution of Poynton.

Rovers broke with purpose with three minutes to go and Greene crossed for Marshall, who failed to properly connect, with Dylan Watts wishing it was he who got then touch.

It was that type of night for the green and white. 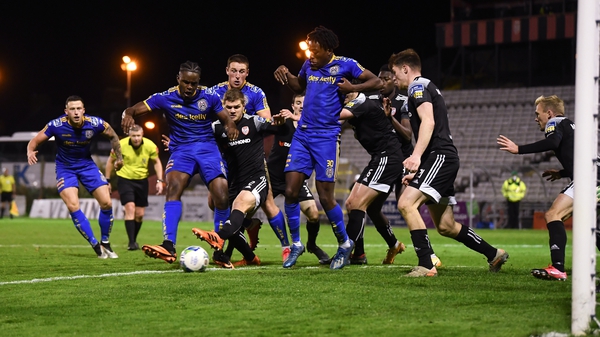 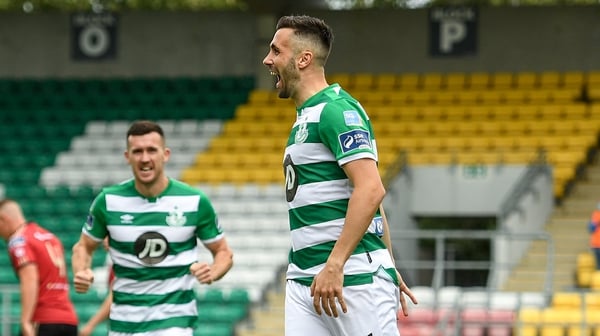 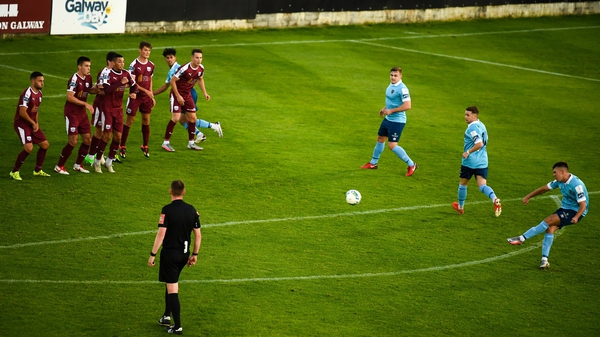