Celtic boss Neil Lennon was glad to see fitness levels improving while his side thrashed KR Reykjavik 6-0 in their Champions League qualifier at Parkhead.

Mohamed Elyounoussi netted twice, with Christopher Jullien, Greg Taylor and Odsonne Edouard also on target on Tuesday night, while the Icelandic side scored an own goal through defender Arnor Adalsteinsson.

The Scottish champions play the winner of the tie between Ferencvaros and Djurgardens in the second qualifier next week, while next in the Scottish Premiership is a trip to Tannadice on Saturday to play newly-promoted Dundee United.

The Hoops manager said: "It was important to try and increase the intensity and get the games into their legs, so they should get a benefit from that. 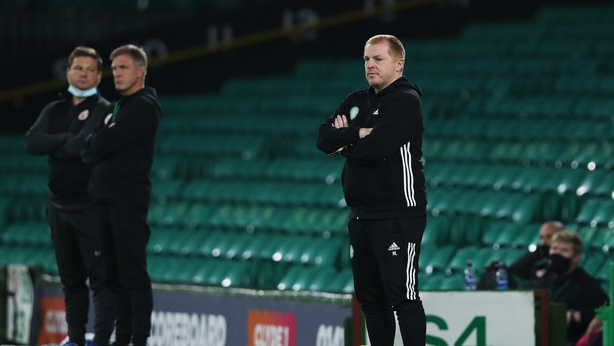 "We've got a big couple of weeks coming up now, so it's important that we keep our focus now.

"The 10 days off didn't help and we only had two competitive games before this game, whereas a lot of other teams have had four or five, so we've got a little bit of catch-up.

"The likes of (Olivier) Ntcham has only played 20 minutes here, 20 minutes there, so I want to give him more game time as we go along.

"Tom Rogic has only had about 15 minutes in the past three or four weeks.

"For the likes of (Hatem Abd) Elhamed and (Nir) Bitton, it's been very good for them, and they came through it OK, and for the rest of them, to get through another 90 minutes is important, so hopefully we're over that hump now and we go on now."