An injury time winner from Alex Cooper saw Sligo Rovers pick up their third win in four as they beat Waterford at the Showgrounds.

A slow start from the Bit O'Red saw John Sheridan’s side deservedly lead at the break courtesy of Michael O’Connor’s opener.

A hesitant Rovers allowed Waterford plenty of space in dangerous areas in the opening period. Robbie McCourt’s speculative volley three minutes in was easy for Ed McGinty, but along with Will Longbottom’s early effort served as a warning to a slack looking Sligo.

All the play continued in the home side’s half and a Kurtis Byrne snapshot on the quarter hour had McGinty on his toes.

A last-gasp win for @sligorovers who fell behind to @WaterfordFCie after Michael O'Connor gave the visitors a 16th minute lead he Showgrounds #RTEsoccer pic.twitter.com/ZAiVKaHS09

The focus on the Rovers left side in particular, paid dividends for the visitors on 16 minutes when they took the lead.

With Rovers pinned back, Byrne’s through ball easily found the roaming Tunmise Sobowale who squared for the waiting O’Connor.

The ex-Linfield marksman afforded ample time to pick his spot before firing past the sprawling McGinty.

Despite being on the back foot, Liam Buckley’s charges did have opportunities of their own.

Teemu Penninkangas could only head the ball into the ground after he met Regan Donelon’s set piece. The Finn’s effort bouncing in front of the Blues’ goalmouth with no Sligo takers willing. 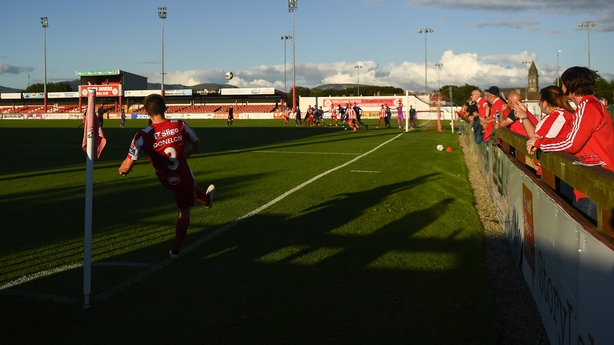 While Coughlan should have profited on 27 minutes when he found himself one-on-one with Tadhg Ryan. The Limerick native unable to lift the ball over the Waterford goalkeeper.

Sligo went close again just past the half hour. Lewis Banks forcing Ryan into a save down low with an effort from distance.

The Munster men were responsible for the second half’s first shot in anger as the Yeats men still struggled to click.

O’Connor cushioning a ball from the back into the path of Byrne. But McGinty got in front of the former Dundalk man’s half-volley from the edge of the area.

The hosts had gotten to grips with their opposition at this stage and won’t know how they didn’t level the game on 61.

Rovers deservedly equalised with a quarter of an hour to go, with Ronan Coughlan applying the close-range finish #RTEsoccer pic.twitter.com/faESX4WcRj

Coughlan and Jesse Devers combining as the former clipped the ball towards the back post for David Cawley. The Sligo captain left to look on in agony as his close range header came back off the woodwork.

Waterford then struck the frame of the Sligo goal when Tyreke Wilson’s free-kick bounced off the crossbar before Ryan kept Cawley out at the other end just moments later.

Tails up, Rovers finally found their leveller on 72. Devers the architect as he picked out Coughlan who tucked the ball past Ryan for his third of the season.

Both McCourt and Coughlan saw shots sail across the respective goalmouths as the game hung in the balance.

But Sligo were to have the last say as Cooper’s magnificent strike from the angle left Ryan flat-footed three minutes into added time. 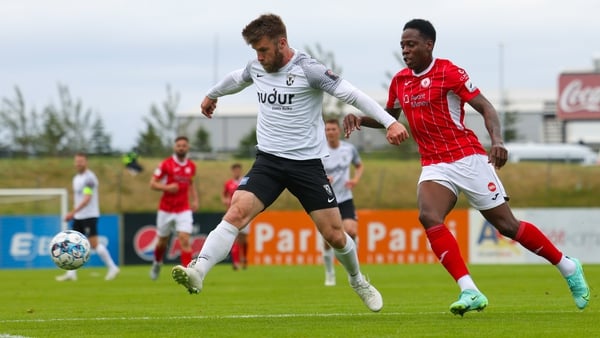 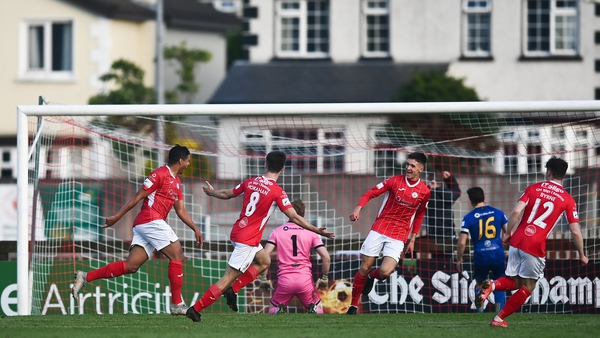