Ronald Koeman has admitted he would like to return to Barcelona but has insisted he is yet to sign a contract with the club.

The Netherlands boss has been heavily linked to the role since the Catalan side were thrashed 8-2 by Bayern Munich in the Champions League quarter-finals on Friday.

Quique Setien was relieved of his duties on Monday and Barcelona revealed his replacement would be appointed in the coming days.

Ex-Everton manager Koeman is reportedly the favourite to take the job and briefly discussed the vacancy outside the Dutch Football Federation headquarters on Tuesday.

Asked whether he would like to return to Barcelona, the 57-year-old, according to AS, told reporters: "Yes, I'd like to, but it will only be confirmed once I have signed the contract.

"Until then, I cannot say any more about it - even though I'd like to."

A club source confirmed on Tuesday that Barca are negotiating a deal to release the Dutchman from his current contract as coach of the Dutch national team, whose fortunes he has transformed.

The imminent appointment of Koeman comes after Barca sacked coach Quique Setien on Monday and brought forward presidential elections after incumbent Josep Maria Bartomeu faced widespread calls to resign over his leadership of the club. 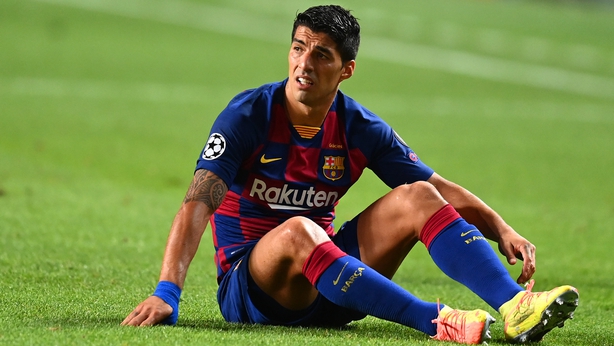 Bartomeu, president since 2014, faced an internal revolt earlier this year as six key directors resigned from the board due to the club's handling of a scandal involving a social media monitoring firm.

He has also received criticism for the club's financial troubles, which forced them to enact a pay cut to staff in April as a result of the coronavirus pandemic despite having the highest revenues in world soccer.

Meanwhile, Barcelona confirmed that they have parted ways with sporting director and former player Eric Abidal.

"FC Barcelona and Eric Abidal have reached an agreement for the termination of the contract binding both parties," a Barca statement read.

"The club publicly expresses its gratitude to Eric Abidal for the professionalism, commitment, dedication and positive and close treatment that he has always shown towards all the estates that make up the Barca family, and wishes him luck and success in the future."

Should he take the Barca job, Koeman will miss out on leading his nation into the European Championships next year following a stellar qualifying campaign. The Dutch failed to reach the Euro 2016 and 2018 World Cup tournaments under their previous coaches.

Koeman, 57, spent six years as a Barca player and won their hearts in 1992 with his goal from a free-kick in the European Cup final against Sampdoria to end the club's long wait for Europe's biggest prize.

The former defender, affectionately known as 'Tintin' for his supposed likeness to the Belgian comic strip character, returned to Barca as assistant coach to compatriot Louis van Gaal in 1998.

He then embarked on a career as a head coach with Dutch side Vitesse Arnhem before landing the job at Ajax, going on to win two league titles. 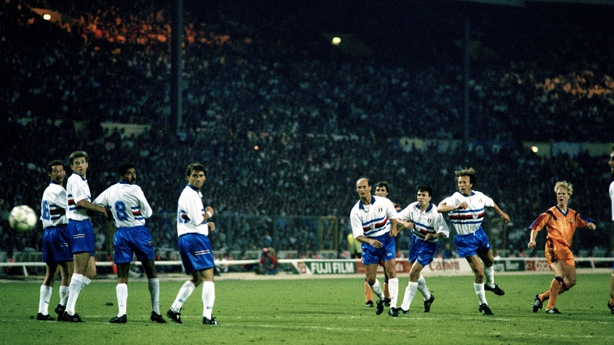 Koeman has coached the three biggest clubs in the Netherlands in Ajax, Feyenoord and PSV Eindhoven plus AZ Alkmaar, Benfica, Southampton, Everton and Valencia, the latter being his only previous coaching job in Spain.

That role ended in disaster and he was sacked in 2008 with the team hovering above the relegation zone, despite having led them to win the Copa del Rey that same year.

Koeman's time at Everton also ended in disappointment and a relegation battle but his patchy coaching record rarely affected his standing at Barca, and his name was routinely mentioned whenever the club needed a new manager.

He was also approached earlier this year when Ernesto Valverde was sacked but turned down the offer due to the looming Euros, which were later postponed due to the coronavirus pandemic.

Watch live coverage of the Dundalk v NK Celje in the Champions League first-round qualifier on RTÉ 2 and the RTÉ Player this Wednesday from 5:45pm, plus live blog on RTÉ.ie and the RTÉ News Now app.