Patrick McEleney is hoping Dundalk's "big characters" can lift them out of a slump ahead of Wednesday night’s Champions League first-round qualifier with Celje.

The Lilywhites trail Shamrock Rovers by eight points in the league after just eight matches, with a leaky defence and disjointed displays equally as worrying.

The game with Celje will be broadcast live on RTÉ2 and RTÉ Player from 5.45pm.

Heading into the vital European period, McEleney feels it is high time the dressing-room rallies themselves to ignite their season.

He said: "We just haven’t been firing. The players look at ourselves, nobody else, and it’s not good enough. We all know that. It is up to the players and there are big characters to turn that over.

"We were 13 points behind last year to Shamrock Rovers and that changed very quickly. I’m not saying that is going to happen, just that there is the right characters here to change everything around.

"Our players will tell you we have too many big characters to be where we are, and too big to be performing how we are. I’m hoping that changes soon and starting on Wednesday.

"Champions League football  is what we worked hard for all last year and what every player wants to play in. The boys are looking forward to it.

"We’ve won so much domestically here that we really, really want to do well in it. We have before so there is no reason why we can’t. We’re ready and excited for it." 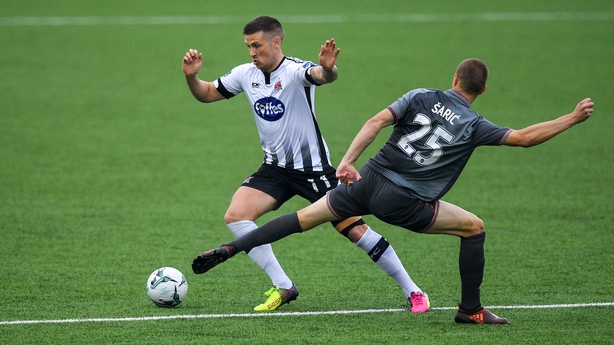 McEleney admits it is something of a step into the unknown as they take on the Slovenian champions in a one-off game in a neutral venue with no spectators.

Dundalk chartered a plane to travel to Hungary this morning. Normally it would have supporters on board, but that's not permitted this season.

Even the loss of travelling fans is something of a concern for the Lilywhites playmaker, as they would usually be roared on by a healthy contingent from County Louth.

The squad will be in a "bubble" in the 36-hour period leading up to the game.

"It's no secret, they are a miss. They are a huge loss, even in away games. It kicks you on. It’s a massive loss to everything. It is the times we are in.

"Safety is first and the sooner we can get them back, the better. They are badly missed.

"Normally when we play we have a look at the city but it’s all about the game. We’re only focused on the city. It is strange.

"I’m not sure how Celje will travel, but it is strange for them too. It’s an away tie for them in a sense. We will set up, it’s another game and we’ll go out there to try to win."

Watch live coverage of the Dundalk v NK Celje in the Champions League first-round qualifier on RTÉ 2 and the RTÉ Player this Wednesday from 5:45pm