Sean Hoare's early goal booked Dundalk FC's place in the second round of the Extra.ie FAI Cup at the expense of Waterford at Oriel Park.

Vinny Perth’s side came into the game on the back of two poor league results since the restart but this was a better display overall as their bid to reach a sixth successive final continues.

Hoare was one of several players who have been missing for Dundalk since the resumption but he made an immediate impact on his return with what proved to be the game’s only goal on 17 minutes with a deft header from Stefan Colovic’s free kick.

The Louth men were always on top throughout but despite a series of chances after that they could find no way past Tadgh Ryan.

At the other end Gary Rogers was never troubled although John Sheridan will be pleased with the effort of his side ahead of the return meeting between the sides on Friday night at Oriel Park in the league.

Dundalk 1-0 Waterford FC - The Lilywhites progress to the last 16 of the #FAICup thanks to Sean Hoare's 17th-minute header #watchloi #RTEsoccer pic.twitter.com/w0CyN6xbiA

Both sides made six changes to their team from the weekend's league matches, with the hosts making the breakthrough early on. Colovic’s inswinging free kick from the left was inch perfect for the unmarked Hoare to head home his first FAI Cup goal since the 2018 final.

The Blues thought they had equalised two minutes later when John Martin looped a header over Rogers but the offside flag denied them what would ultimately prove to be their best chance of the half.

At the other end, Chris Shields went close with a long range effort for Dundalk on 21 minutes before Tadgh Ryan denied Michael Duffy with a fine stop 10 minutes later after he was played in by Brian Gartland’s ball over the top.

Duffy then looked to turn provider for Patrick Hoban on 36 minutes but just as the league’s top scorer was about to pull the trigger Oluwatunmise Sobowale nipped in to take it off his toe.The home side started the second half well with Will Patching curling an effort just over the bar on 48 minutes before Stefan Colovic fired just wide from the edge of the area two minutes later.

Four changes midway through the half saw Waterford pose more of an attacking threat but a Will FitzGerald effort that was deflected over on 71 minutes was their best opening of this period.

Six minutes later at the other end Duffy’s pull back found substitute Sean Gannon but his effort was turned around the post by Ryan.Waterford did have two good chances after that to equalise but Michael O’Connor fluffed a good chance on 81 minutes before Sobowale flashed a left foot effort to the right and wide a minute later.

There were further chances for the home side late on with Duffy going close twice either side of an effort from debutant Joshua Gatt but in the end Hoare’s goal proved enough to see the champions into the second round draw at midday on Wednesday. 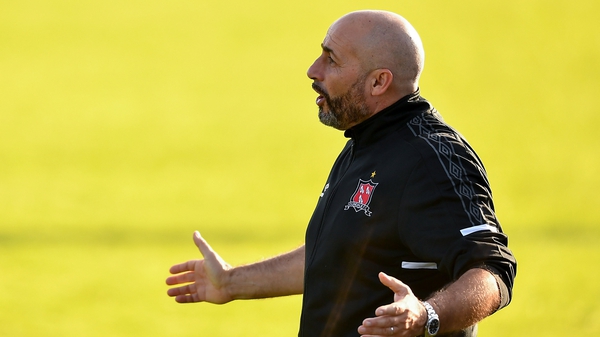 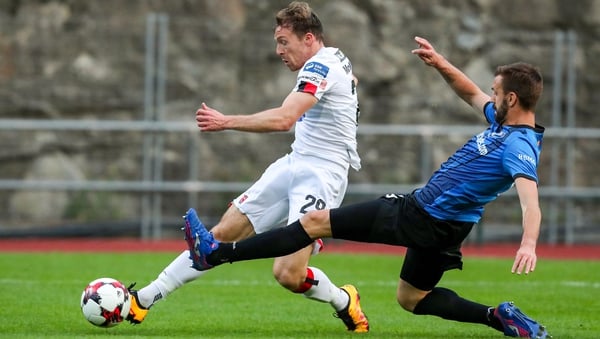 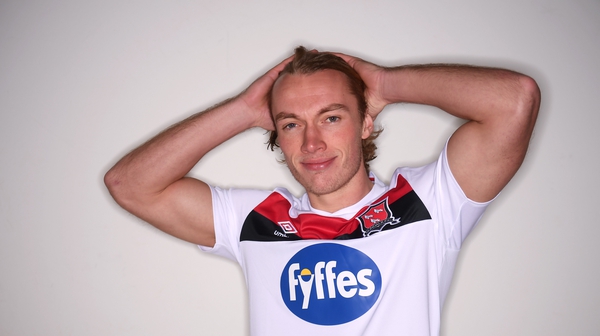 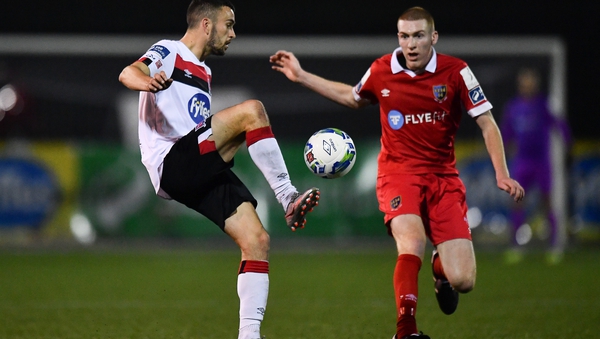 Dundalk hold their nerve to edge out Shels