Lampard steered Chelsea to a fourth-place Premier League finish to secure Champions League qualification, while the Blues also reached the FA Cup final albeit losing the Wembley showpiece to Arsenal.

Chairman Bruce Buck hailed Chelsea boss Lampard for sealing Champions League qualification, in a campaign where the Blues battled a transfer ban and blooded a host of young talents.

"In the round we think it was a very successful season," Buck said.

"I think obviously we would have been a little bit happier if we had won the FA Cup.

"But I’m sure the manager and the players were gutted not to lift the trophy."

The seal of approval from the Chelsea board – and by extension owner Roman Abramovich – will buoy 42-year-old Lampard as he continues to plot his reshaping of the Blues playing squad.

Lampard has already hailed the addition of former Blues goalkeeper Petr Cech as technical advisor as key to his harmonious relationship with the Stamford Bridge board.

Cech and director Marina Granovskaia work closely with Lampard on Chelsea’s transfer strategy, and that has generated new-found synergy between the board and the footballing department.

Previous managers Maurizio Sarri and Antonio Conte had railed against the Chelsea board’s transfer strategy, but Lampard – with Cech’s help – has developed a far smoother process. 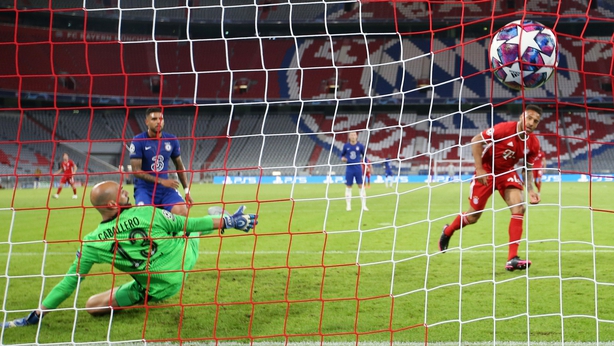 The Blues are fully intent on adding a clutch of further new recruits before next season, with the new Premier League campaign likely to start on 12 September.

Saturday's 4-1 thumping at Bayern Munich in the Champions League last-16 second leg ended the season on a frustrating note, but the Blues’ bosses are enthused by what lies ahead.

Before the FA Cup final Lampard described himself as a "big boy" and not in need of any word of support from the club’s board or owner.

But Lampard can be boosted by the board’s support, with Buck well aware of the former England midfielder’s clout.

Both Werner and Ziyech singled out Lampard as the chief reason for choosing to join Chelsea, and the Blues will hope to harness their young manager’s influence in future recruitment plans.

"Frank Lampard is a very positive force for Chelsea," said Buck. "He’s Chelsea through and through and that continues to show through. He carries a lot of credibility.

"It’s an exciting time for Chelsea."