SSE Airtricity League Premier Division clubs could play their European ties in "neutral venue hubs" in either Greece or Hungary.

Greece, Cyprus, Hungary and Poland have all offered to act as neutral venues for UEFA competition matches if Covid-19 related-travel restrictions prevent them being played in the originally-scheduled country.

Of those countries, only Greece and Hungary are on Ireland's 'green list' - the countries Irish people can visit and return from without having to restrict their movements for a 14-day period upon coming back.

The four Europe-qualified League of Ireland clubs will learn their opponents at Monday's draws for the qualification stages of the Europa League and Champions League.

Dundalk are due to play in the first qualifying round of the Champions League on 18/19 August, with Shamrock Rovers, Bohemians and Derry City slated to start the first round of the Europa League qualifiers on 27 August.

Their authorities would also offer a travel corridor so games could be played without restrictions. 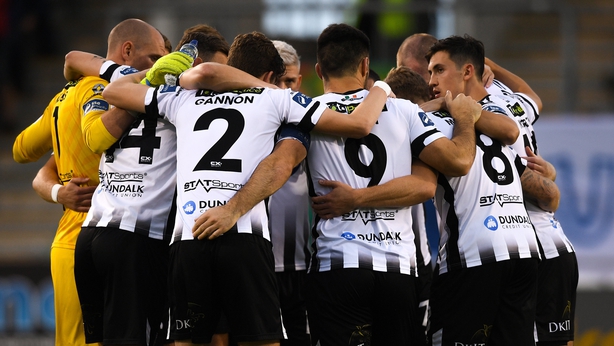 In guidelines published on Tuesday, UEFA said that home clubs must propose an alternative venue in a neutral country if travel restrictions make it impossible to play in the allotted venue.

Home clubs will forfeit matches if they fail to inform UEFA of restrictions, or if restrictions are imposed less than 48 hours before kick-off.

UEFA has already reduced the qualifying ties to one leg, except for the Champions League play-off round.

UEFA has also ruled that if one or more players from a team test positive for Covid-19, the match can still go ahead unless the national or local authorities of one or both the clubs involved require the entire squad to be quarantined.

Re-scheduling of a match will only be considered if fewer than 13 players from a club's squad are available.

On Wednesday FAI interim CEO Gary Owens said the Republic of Ireland's Nations League opener against Bulgaria next month could be switched to Dublin or played at a neutral venue.

Stephen Kenny's men are due to start their League B Group 4 campaign away on 3 September.

"On the international side we are still looking for dispensation on players coming back so if they are in non-green areas they don't have to quarantine for two weeks," said Owens.