Tottenham have appointed former captain Ledley King to their first-team coaching staff, bringing an end to speculation that Robbie Keane would be returning to the club to work under Jose Mourinho.

King, 39, who spent his entire 13-year playing career with Tottenham and has been a club ambassador since retiring in 2012, will be assistant first-team coach to Mourinho.

"Ledley will join as a member of our first team staff, working alongside the coaches, analysts and playing squad both at the training centre and on match-days," Tottenham said on their official website.

"He will also take on the role of supporting our academy players as they look to step up to the first team."

Up until the spring, Keane had been doubling up his role on Mick McCarthy's Republic of Ireland coaching staff with the assistant manager's position at Middlesbrough.

However McCarthy handed over the reins to Stephen Kenny at the start of April and Boro sacked boss Jonathan Woodgate in June, with Keane also exiting the Riverside.

Kenny has since assembled his own back-room team and quickly made it clear it would not include Keane.

"I have huge respect for Robbie Keane, he has been an incredible goalscorer for Ireland and I'm sure he'll have a great career in management," the manager told RTÉ Sport's Tony O'Donoghue in July.

"He won't be short of options for sure."

Keane remains under contract with the FAI until 2022 and has yet to officially make a departure. 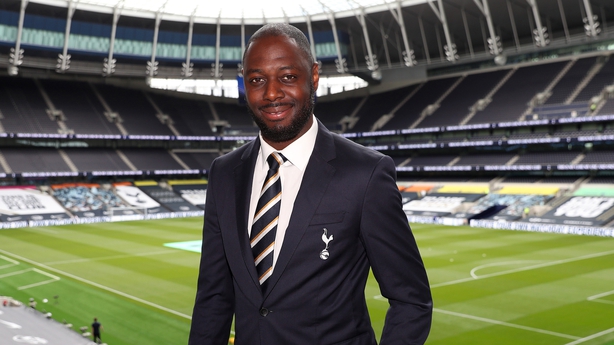 Mourinho meanwhile was full of praise for King, the former centre-half who made a total 323 appearances for Tottenham after making his debut in 1999 and lifted the League Cup as skipper in 2008.

"I'm extremely pleased to be welcoming Ledley into the first team group as we continue our preparations for the new season.

"He has a tremendous affinity with this football club and the fans appreciate just how much he has accomplished as a true Spurs man both on and off the pitch.

"We have developed a good relationship since I arrived, and we hope to use his experience and insight to support the work we are doing with the squad."

King has joined Mourinho's backroom team in place of tactical analyst Ricardo Formosinho, who has left the club.