Norwich are prepared to cash in on Emi Buendia with the forward eyeing a Premier League return, with Liverpool keeping tabs on their 22-year-old Northern Ireland international Jamal Lewis.

It's understood that the Canaries are willing to let the 23-year-old leave Carrow Road.

Buendia also believes he has proven himself this season and wants another chance in the top flight.

He will prioritise staying in England over returning to Spain and has admirers, with Leeds holding a long-standing interest having missed the chance to sign him when he moved to Norfolk in 2018.

The Canaries are ready to listen to sensible offers and would make a huge profit on the £1.3m (€1.4m) they paid to sign Buendia from Getafe.

Norwich would be in a strong bargaining position with the Argentine having four years left on his contract and could look for a fee in the region of £20m (€22.2m).

Attacking midfielder Buendia, who can also play as a winger, is settled in Norfolk at the club which gave him a chance in England.

He has impressed despite their struggles and was one of the top creators in the Premier League.

In December, Buendia created 29 chances, the most by a player in a calendar month on record in Premier League history.

He scored his only goal in June's 2-1 defeat at Watford as Norwich finished bottom of the Premier League with just 21 points, losing their final 10 games of the campaign.

Buendia is not the only star who could leave Carrow Road this summer. 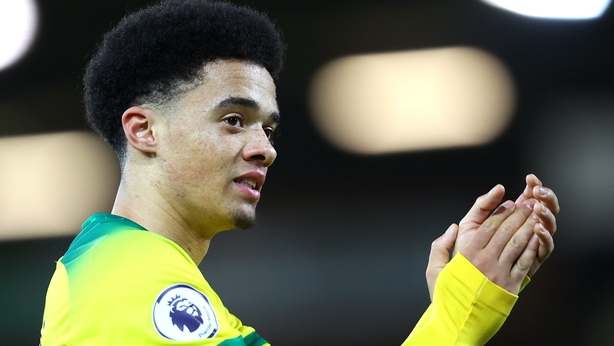 Left-back Lewis [above] is wanted by the Reds while Ben Godfrey, Max Aarons and Todd Cantwell are also in demand.

The Canaries have already been planning for an exodus of their talent following their immediate return to the Sky Bet Championship.

They have signed Kieran Dowell from Everton and Denmark Under-21 international Jacob Sorensen as they plot an instant return to the top flight.

It could be a big year too for Republic of Ireland Under-21 attacker Adam Idah, who's highly thought of at Norwich.

He's been in and around the first team since the turn of the year but should get more responsibility next season.