FIFA's deputy general secretary is "100% confident" the organisation's president Gianni Infantino will face no criminal charge, far less be convicted, as a result of the proceedings which have been opened against him.

Infantino is the subject of an investigation opened by a special federal public prosecutor in Switzerland over meetings he held in 2016 and 2017 with attorney general Michael Lauber.

The prosecutor, Stefan Keller, investigated anonymous complaints about the meetings and a statement announcing the opening of proceedings issued last Thursday said there were "indications of criminal conduct" in relation to them.

FIFA and Infantino categorically deny any wrongdoing in relation to the meetings, and deputy general secretary Alasdair Bell said today: "There is something a little bit grotesque and unfair about all this because we are 100% confident that there will never be a criminal charge, far less a criminal conviction against the FIFA president.

"But we have a situation, and we have to acknowledge this, where objectively there is damage to both FIFA and to the FIFA president simply because of the existence of this criminal investigation and we think that's not right." 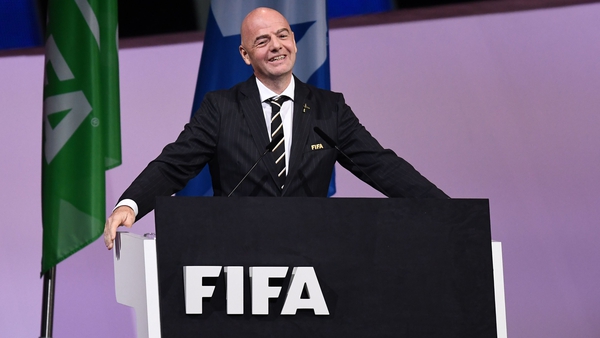