Neil Lennon insists Celtic will try to "stave off" any admirers of Odsonne Edouard after the striker grabbed an impressive hat-trick in the Hoops' season-opening 5-1 win over Hamilton.

After the ninth successive Premiership flag was unfurled at Parkhead, goals from the French forward and right-back Jeremie Frimpong had Celtic two ahead by the half-hour mark.

Accies midfielder Scott Martin reduced the deficit with a deflected strike but Edouard notched twice early in the second half - with substitute Patryk Klimala adding a late fifth - to strike any early warning to title rivals.

Celtic boss Lennon knows clubs will be paying attention to 22-year-old Edouard but said: "You can't help the attention. It is inevitable.

"But we will try to stave off any admirers. I am sure there is plenty out there.

"We love having him here and he enjoys being here. He will be well on the radar of clubs before this season.

"He got 27 goals until March last year and I was delighted with that goal return. He has the potential to be anything he wants to be. 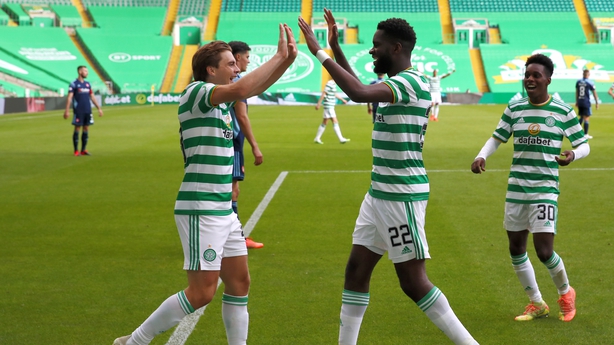 "His all-round game, he is a fantastic player. I have worked with different types, Gary Hooper and Leigh Griffiths are great goalscorers,

"I worked with (Emile) Heskey towards the end of his career and played with him at the start,

"He is up there with any of them, no question and he keeps re-writing his own story at the minute.

"Normally, Odsonne has brilliant individual goals but there were a few tap-ins."

Lennon claimed there is "maybe two or three" missing from the Celtic jigsaw but was more than happy with the start to the season.

He said:  "It is a brilliant start.

"I am more pleased with the second half,  in the first half we were a bit passive and lacked intensity in our play with the ball

"We got a powerful response in the second half. To score five goals after a lengthy lay off it speaks volumes for the players' mentality and their quality and will to win. I am thrilled with that." 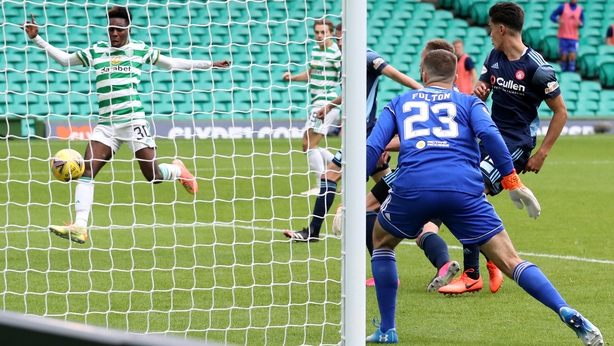 Accies boss Brian Rice insisted there were positive to take despite the heavy defeat.

He said: "I had a few players out there who hadn't played at Celtic Park before.

"We created some chances and they never gave up. They could quite easily have crumbled but they didn't.

"So I'm not too critical of my team, I won't be too harsh on them. Because anyone who judges Hamilton against Celtic is deluded. 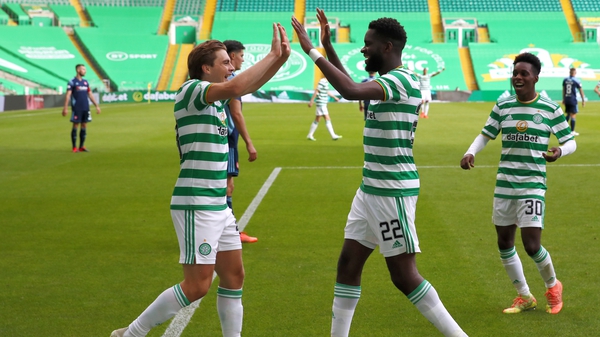