Steven Gerrard has told Alfredo Morelos to keep his focus on Rangers after insisting Lille are "nowhere near" striking a deal for the striker.

The French outfit have reportedly agreed personal terms with the Colombian and, having failed with an opening £13m bid, are now understood to be preparing a fresh offer.

But Gerrard insists there is nothing on the table at present and now wants to ensure his star striker's sights are set only on Aberdeen for Saturday's Scottish Premiership curtain-raiser.

He said: "I think this will work itself out if there is an offer that's big enough that the board want to accept, we'll make that decision when it comes.

"At the moment we're nowhere near that so Alfredo is still a Rangers player.

"He needs to focus on that and continue contributing goals like he always has done for the last two years. 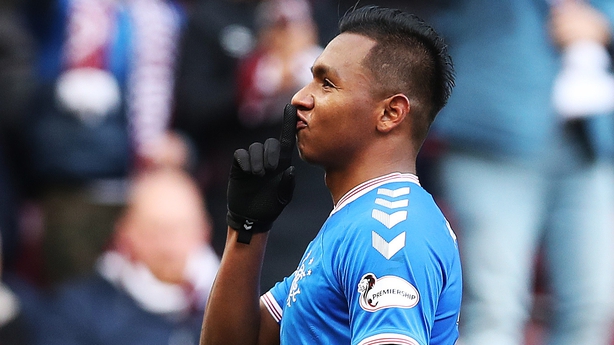 "At the moment I don't want to add too much noise to it because we've got a game on Saturday. That's the most important thing right now, not ins and outs. The important thing is three points at Aberdeen."

Gerrard added: "There's nothing to report on him in terms of his situation. He's focused, training well and available for tomorrow.

"Whether he'll start or not, you'll find out 75 minutes before kick-off.

"I've been watching him very closely as I have been with all the players to see how they're looking, their mentality.

"I've also been having some detailed chats with Alfredo. He tells me he's ready, he looks ready and he will certainly travel up to Aberdeen as part of the squad.

"At the moment, he needs to block the noise out and focus on the game in front of us."

Gers are looking for a fee closer to £20m for a player who has scored 77 goals in 137 games since arriving in Glasgow three years ago.

And Gerrard insists he will have a say in whether the 24-year-old is sold.

"It is in my hands and it is in my control," said the former Liverpool skipper. "But in terms of any of our players if they end up going out the door, if a valuation is met and we decide collectively that it's the right thing for the football club then we'll always be prepared in any area.

"It will be a collective decision when we sit down to analyse any bids that we receive for any player.

"But what I can assure you is that the board are not pushing any one out the door or putting me under pressure to sell."

Gerrard added: "At a club like Rangers I think you've always got to be prepared if someone does leave to be able to replace them.

"One thing for sure is that since I walked in the door, the board have always been on the same page in terms of trying to make this XI and this squad as strong as we can to compete. I don't think that will change."