Liverpool defender Andy Robertson and manager Jurgen Klopp have spoken about the pain of losing relatives who helped shape their careers.

Full-back Robertson, 26, recalled how his aunt showed belief in him when he was released by Celtic at the age of 15 in 2009 but died at Christmas 2013, before his career took off with the Reds, where he has become a European, world and now Premier League champion.

"I was a normal 15-year-old lad so there were probably a few tears but my mum and dad got me my favourite curry that night (when Celtic let him go)," he said.

"My auntie came up to the house and she told mum 'I'm telling you, he'll make it as a footballer' and that's something that's always stayed with me.

"When I was at Dundee United, on Christmas Day, sadly she passed away. She was one that always believed I was something special even when probably nobody believed it when I was younger.

"But that is something that does bug me a little bit, that she's not seen me lifting the Champions League, lifting the Premier League and things like that."

Robertson was speaking with Klopp in a video filmed as part of the six-part #SoundofSupport series from the Heads Up campaign, which seeks to encourage football fans, and men in particular, to feel more confident and comfortable in reaching out for support when they need it.

The campaign will be showcased at Saturday's FA Cup final at Wembley.

Klopp told Robertson he experienced something similar with his late father.

"My dad never saw me as a manager. He died four months before I became a manager," the German said. 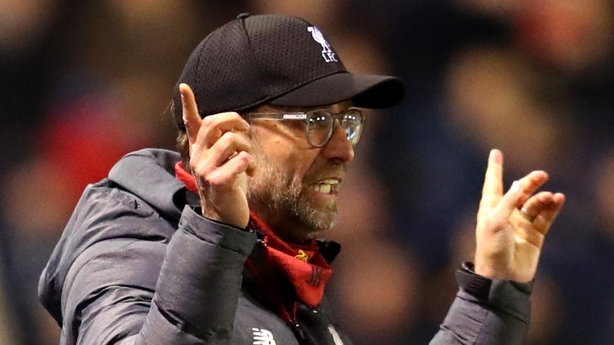 "He pushed me through my (playing) career pretty much, with really harsh criticism and stuff like this, but now my real career, he never saw. That's hard from time to time."

Robertson said he had struggled to open up when he was younger but having children has helped.

"When I started making it professional that's when I struggled the most," he said.

"I was down in Hull on my own and people thought 'okay, he's a Premier League footballer, he's playing for Hull, he's getting a good wage' so then people would stop asking 'how are you?'. I used to be one who blocked everything up and thought 'my problems are my problems'. 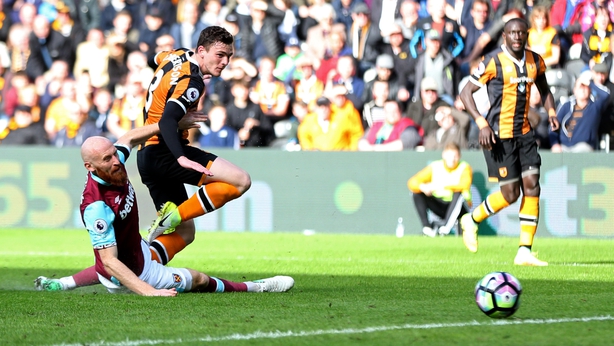 "Now I feel so much better. I remember speaking to Rach (his partner) a year ago about something daft, something that was playing on my mind and after a 10-minute conversation with her I felt everything was off (my shoulders) and thought, 'yeah, I should do this a bit more often'."

In another film, Manchester City team-mates Ilkay Gundogan and Phil Foden spoke about the coping mechanisms they use.

The German admitted it was sometimes difficult to live alone in a foreign country, something which had been brought into even sharper focus during the coronavirus lockdown.

"The fact that I spent so much time on my own during lockdown showed me how important it is to have your loved ones close to you," he told Foden.

"I'm probably not the best person in terms of calling, but in that time I was on the phone talking, especially to my parents.

"Sometimes when you have bad games and bad moments, at home you have a lot of time to think about things.