Derry City have further boosted their options ahead of the SSE Airtricity League restart with two new faces arriving at The Brandywell.

Striker Ibrahim Meite and Northern Ireland Under-21 international Jake Dunwoody have signed for the club.

Crawley Town player Meite had gone on loan to Bulgarian side OFC Pirin Blagoevgrad, who are managed by ex-Linfield player Warren Feeney, just days before the lockdown started in early March.

However, that proved to be an aborted move with the lack of football and he was released by Crawley following the conclusion of the English season.

Meite started his career with Cardiff City but moved to the League 2 side following his release from the Bluebirds and has spent the last two years there. 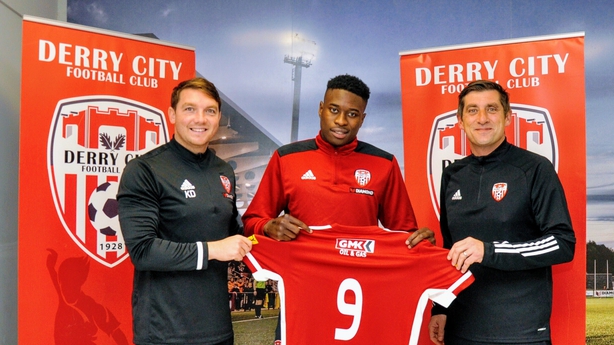 Speaking about new signing, Meite, who can play on the wing or up front, City manager Declan Devine said: "Ibrahim was signed by Neil Warnock for Cardiff City. He’s very strong, very direct, exactly what we need. Somebody to lead the line."

Dunwoody switches to Derry following a number of years with Stoke City.

He captained Stoke’s Under-23 side, but found senior opportunities hard to come by and spent time on loan with Leek and Curzon.

Dunwoody was at Manchester City before signing with Stoke at 16 and spending the last five years with the Potters.

The midfielder made over 50 appearances in Premier League 2. 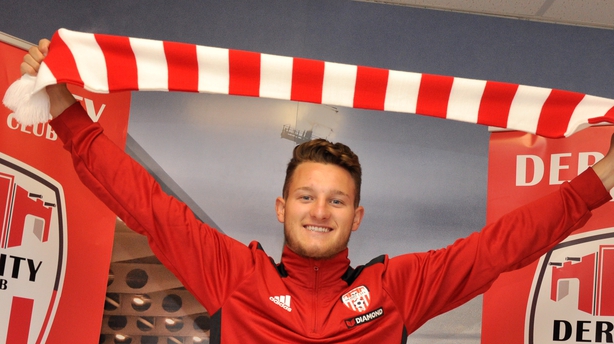 Dunwoody will be known to City team-mates Eoin Toal and Nathan Gartside as he has been a regular in the Northern Ireland Under-21 set up, scoring a goal in the defeat to Denmark last October.

Devine: "I spoke to Northern Ireland manager Ian Baraclough about Jake. I’ve known him for a while in the NI set-up.

"He’s quality, really looking forward to seeing him playing. Baraclough thinks it’s a great idea for him to play at that standard with Derry City.

"He gives us great options in the middle of the park."

Both players have signed until the end of the season and could play in Friday's game with Sligo Rovers.