Manchester City may have been able to avoid their European ban and the lengthy appeal process needed to overturn it had they been more forthcoming during UEFA's original case against them, according to the Court of Arbitration for Sport.

Earlier this month, CAS overturned the two-year ban and reduced a fine of €30 million to €10 million, saying that most of the alleged breaches of Financial Fair Play rules were either not established or time-barred.

The club were however punished for failing to cooperate with UEFA's process after failing to provide substantial amounts of evidence until they took the case before CAS.

And the full reasoned decision in the case, published on Tuesday, suggested they may have been able to save a lot of time had they done so.

CAS indicated that witness statements from senior City executives as well as a letter from club owner Sheikh Mansour - all provided to CAS but not to UEFA during the first process - could have swung the original verdict in City's favour.

"The panel cannot put itself in the shoes of the Adjudicatory Chamber at the time of issuance of the appealed decision, but it finds that the possibility cannot be excluded that Adjudicatory Chamber may have reached the same conclusions as the panel in the present proceedings, had such evidence been made available to it," the decision said. 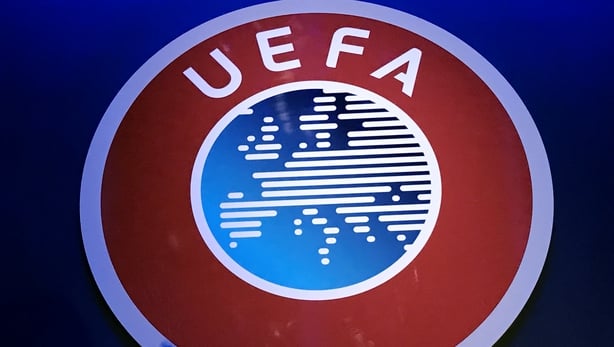 It added: "The appealed decision is therefore not per se wrong but, at least to a certain extent, is a consequence of MCFC's decision to produce the most relevant evidence at its disposal only in the present appeal proceedings before CAS."

CAS said it was "particularly serious" that City had not provided the original versions of the leaked emails to UEFA, having publicly relied on the defence that they were taken out of context.

But City had argued that UEFA's process was "flawed" and prejudicial, previously seeking to have the case against them thrown out.

When the two-year ban was announced in February, City said they had "always anticipated the ultimate need to seek out an independent body and process to impartially consider the comprehensive body of irrefutable evidence in support of its position".

City had been accused of circumventing FFP rules as leaked emails suggested sponsorship deals involving Etihad and Etisalat were in fact largely funded by Sheikh Mansour, with UEFA claiming the sponsorship deals had been exaggerated to the tune of £204 million.

But CAS found that the case involving Etisalat was time-barred, and said that while allegations relating to Etihad were only partially time-barred, the alleged wrongdoing had not been proven by UEFA.

The panel found "there is no doubt that Etihad fully complied with its payment obligation towards MCFC and that MCFC rendered the contractually agreed services to Etihad in return...

"There is no evidence that agreements were backdated or that MCFC otherwise retrospectively tried to cover up any alleged violations following the publication of the leaked emails."

The reasoned decision also reveals that City argued the fine should be reduced due to the ongoing coronavirus pandemic, taking into account the effect that it "has and may have for years to come on stadium attendance".

But that argument was dismissed by CAS, who said: "Although the landscape for football clubs has altered since the issuance of the appealed decision, MCFC does not argue that it is in a dire financial situation because of the pandemic.

"The panel finds that the imposition of a fine lower than €10 million would not be a sufficiently strong deterrent and that MCFC's failure to cooperate with the CFCB investigation is to be strongly condemned."